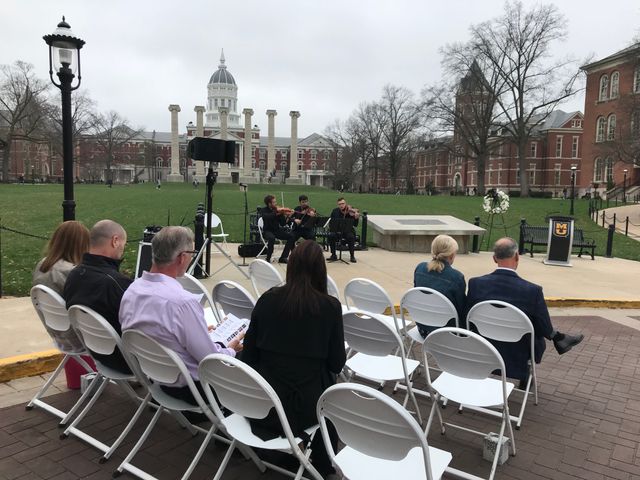 COLUMBIA - The University of Missouri held a wreath-laying ceremony on Friday to honor students, faculty and staff who have died in the last year.

This is the first year faculty and staff have also been included in the ceremony. MU spokesman Christian Basi said it's important to recognize all members of the Tiger family.

"We did not previous to this have an opportunity or a formal celebration to remember those who have been lost, and so this is an opportunity for us to do that," Basi said.

Basi said the tradition has gone on for several years, but every year is just as special.

"We have eighteen individuals that will be named during the program," Basi said. "It gives us an opportunity to recognize them and talk a little bit about some of the accomplishments as well as their contributions to our community."

Basi said the ceremony has been very well-received over the years.

"It is something that has become a very embedded tradition with the university," Basi said.

Ellis Library will be dedicating a book to each person who was honored at Friday's ceremony.