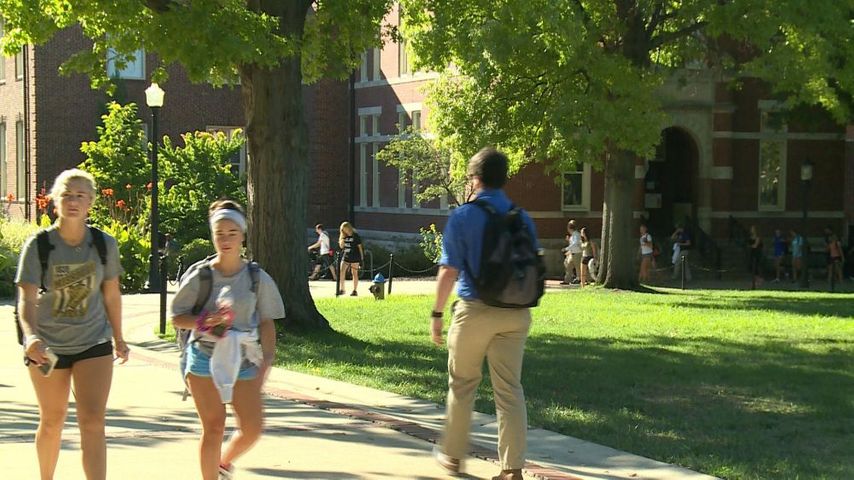 COLUMBIA - Safe Mizzou Week is expanding this year, and the list of events covers everything from concussions to active threat procedures.

Back on the first day of classes, MU held an active shooter training. KOMU 8's Tyler Emery reported in-depth on the training, which you can find here.

On Monday, MU PD officer Zachary Chinea held another public active threat forum, this time at Jesse Hall. The course is called Citizens' Response to Active Threats or C.R.A.T. and highlights the best advice for how to handle an active threat situation.

Another C.R.A.T. training will be held Tuesday night at 6 p.m. in South 016 Memorial Student Union.

Christina Walls is one of the coordinators for Campus Activities and helped plan the events for Safe Mizzou Week. She wants the take away from the events to be a safety first attitude.

"Make smart decisions, always be conscious of what's going on around you. And if you see something, say something," Walls said.

One of the familiar Safe Mizzou Week events, the Annual Fire Factor and Room Burn, will happen Wednesday.

The event involves starting a prop dorm room near Speaker's Circle on fire to show how quickly a room can burn up.

The Green Dot campaign against sexual violence is holding an event for it's National Day of Action on Sunday.

The MSA/GPC Department of Student Activities is sponsoring a free showing of the film Concussion.

The film is based on the findings of Dr. Bennet Omalu, who will speak at an event on Wednesday night at 7:30 p.m. in Jesse Auditorium.

For the full calender of events, visit MU's page for Safe Mizzou Week.