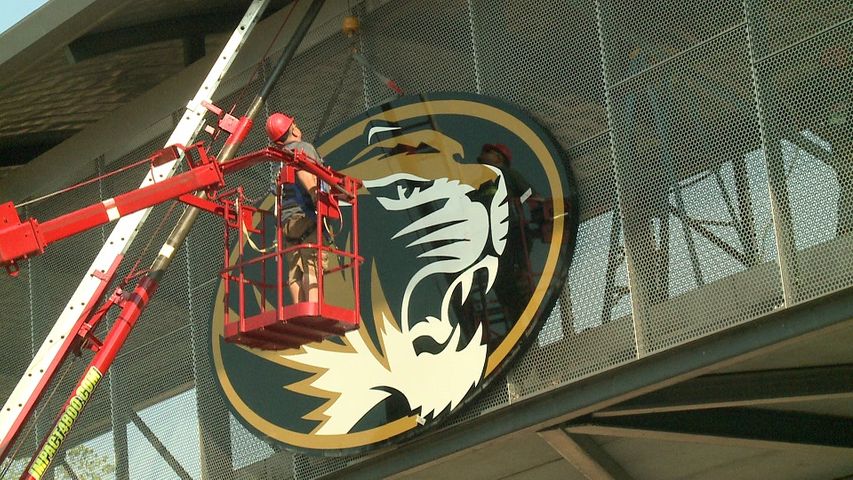 COLUMBIA- The University of Missouri started installing tiger logos Wednesday along the pedestrian bridge on College Avenue in Columbia. Traffic along the street is reduced to one lane each way.

The construction started at 9 a.m. and workers should have the logo completed by 3 p.m.

The University of Missouri receives $3.2 million a year in revenue from their trademarked merchandise. The University is taking $16,000 of that revenue to pay for two new tiger signs goin on the College Avenue bridge.

On Sunday, the athletic department replaced the old logo on the pedestrian bridge on Providence near Faurot Field, which came along with Missouri's acceptance into the SEC.

"You know we're really excited about the university placing the athletic department's logo on the bridge. It really promotes our new season and the university's athletics across campus," said Chad Moller, director of athletic media relations.

The goal of the athletic department is to replace the older logos with the new rebranded logos before the first game this Saturday.

This is the second bridge to get the signs oval tiger signs on campus.