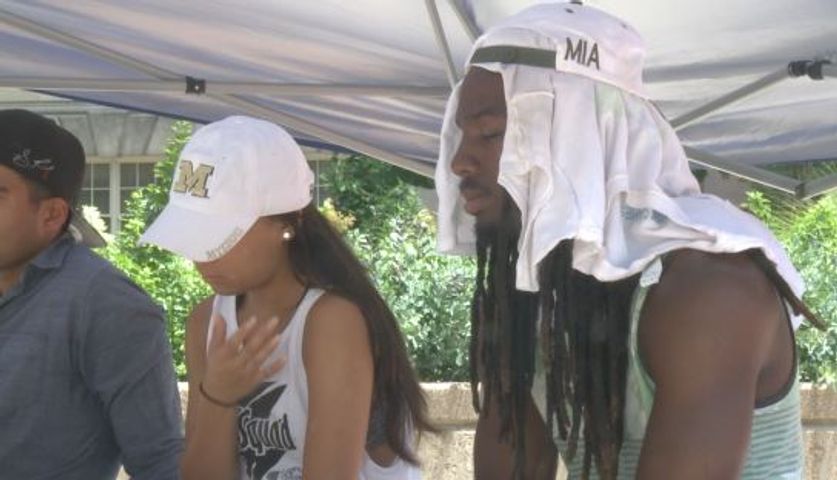 COLUMBIA - At around 11 Friday morning, University of Missouri Interim Chancellor Hank Foley encouraged the university community to observe a moment of silence for the victims of the acts of violence that have occurred in Louisiana, Minnesota, and Texas this week.

The email notice expressed Foley's grief over the losses from the three events, encouraged the observation of the moment of silence, and mentioned that there are multiple community events coming up to support racial justice and healing.

The email, which came from Foley personally, did not suggest a location where those who wish to participate could gather.

On MU's campus this afternoon, KOMU 8 talked with about a dozen employees and students, who either did not receive the email, or said they probably would not observe the moment of silence, and that they would carry on with their daily activities as usual. One employee in MU's Jesse Hall said most employees would probably be out to lunch at 1 pm. The Admission's Office held an informational meeting at 1 pm, and did not participate in the moment of silence.

Post-Bach Engineering student Kyle Sullivan said he never received the email from Foley, despite that it was addressed to the entire university community.

Sullivan said that Facebook would have been a more effective way to reach people and communication the Chancellor's message.

Undergraduate MU student Josh Reedy agrees with Sullivan, and said he does not believe the email was effective in communicating the news of the tragic events. "There are also other issues. Even though they may have been on the news, people still probably don't even know about them, unless they saw them on their Twitter or Facebook feed."

Reedy said a designated gathering would have been more effective in calling awareness to the moment of silence. "I think honestly the most effective way to get people to notice stuff like this, is kind of doing what we did last year. I mean those protests definitely got attention. I mean regardless of whether you think they were right or wrong, they got attention. People listened. So stuff like that is what's going to get people to listen."