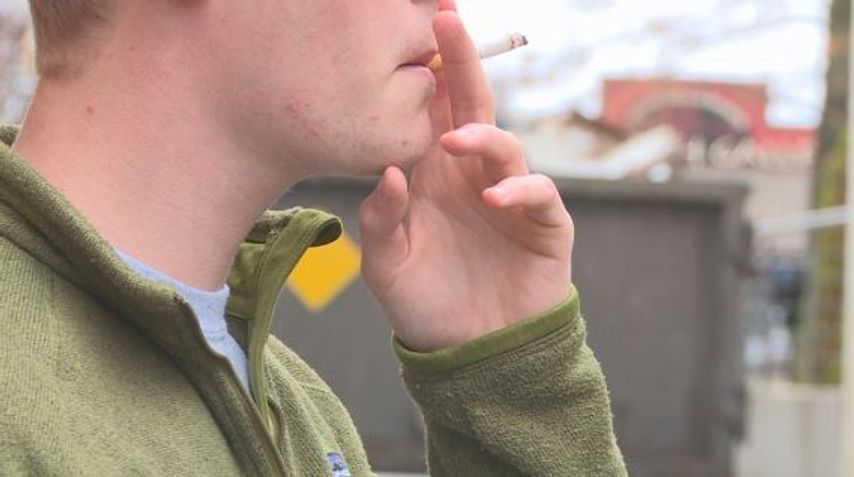 MU Chancellor Alexander Cartwright announced the policy in a newsletter released Tuesday. In it, he said the new policy is part of the university’s commitment to go smoke free, which it announced five years ago. The new policy adds chewing tobacco and e-cigarettes to its prohibited list.

The Tobacco Free Mizzou Committee developed this policy. It and student ambassadors from the Wellness Resource Center will notify violators by talking to them when they see them using any tobacco products on campus.

“I think it’s going to be really important because the ambassadors are going to be able to approach people who are violating and educate them about the policy,” Kevin Everett, chair of the Tobacco Free Mizzou Committee, said. “It’s a gentle reminder to follow policy and also point them in the direction to get help to quit.”

One student ambassador said she joined because her family member died from a tobacco-related death. When she came to MU, she said she wanted to change how students viewed tobacco in their daily life.

“Coming to Mizzou, you see the cigarettes, you see the paraphernalia of tobacco use,” Sonia Clark said. “That’s not the type of culture we want to promote here.”

Clark said another goal of the new policy is to clear up the “grey area” of what tobacco products MU allows. She said vaping and “Juuling” are the number one products she sees around campus, though the university prohibits them.

“I see students using Juuls all the time on campus, whether that’s outside or inside,” Sidne Fonville, another student, said. “Most students don’t realize the impact they have on our health, and I think Mizzou spreading the word can teach them that.”

Clark said the student ambassadors who enforce the policy are also doing it to provide resources to those who want to quit.

“It’s not only about whether or not you want to vape, it’s about the community, it’s about maintaining the health of you and everyone,” Clark said. “Although you might not think that your behavior affects anyone else, in essence we all interact with each other and it does,” Clark said.

Last fall, MU received a grant from the American Cancer Society’s Tobacco-Free Generation Campus Initiative. MU is using the funds from the grant to help implement the policy with new signage on every campus building’s doors, making use of social media to communicate the policy and other various efforts students will lead to get the message out.

MU said it is encouraging those on campus to spread the word and report violations at tobaccofree.missouri.edu.