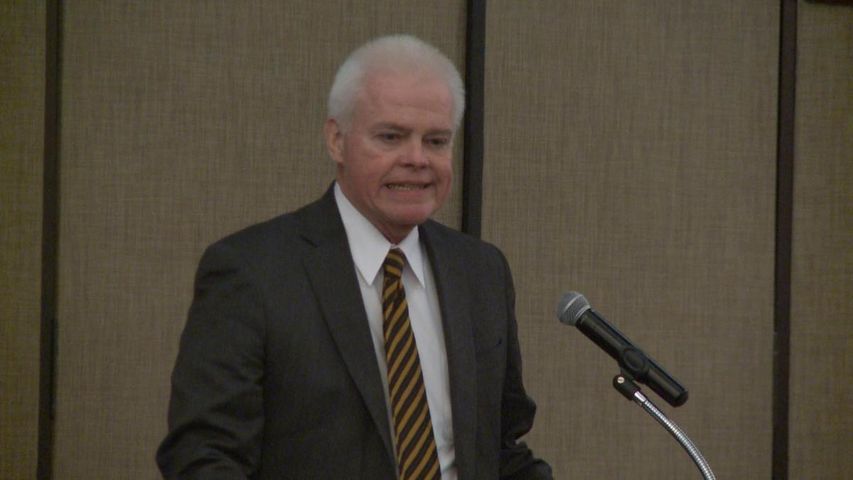 Many professors and staff from the school met to go through the evolution of journalism at the university, including the development of the Reynolds Journalism Institute.

"It's a wonderful component of the school of journalism because it enables students to be able to learn about the future of journalism as well as practicing it in the present," Mills said.

Mills announced his retirement last year, but will remain dean until the school completes the search for his replacement, expected sometime this summer.

He said he had five themes that he felt characterized most innovations during his tenure. He said they are building new connections, creating new knowledge, developing new ways of teaching, embracing new technologies and establishing new benchmarks of excellence.

"The school's whole history is innovation," Mills said. "The school itself, of course, was innovative - the first school of journalism in the world. The very idea of teaching journalism at a university was a radical idea when Missouri did it first."

For a quarter century, Mills helped bring in more than $200 million dollars in gifts and grants, including $25 million in new student scholarships and nearly $7 million to create the Jonathan Murray Center for Documentary Journalism.

As for the future, Mills said you can't predict it. However, he said MU will always be at the forefront of innovation.

The school is establishing the Dean Mills Faculty Innovation Endowment to "honor the culture of innovation Mills fostered during his 25 years as dean."

Following his retirement as dean, Mills will remain with the university as part-time director of a fellowship program at the school's journalism institute.