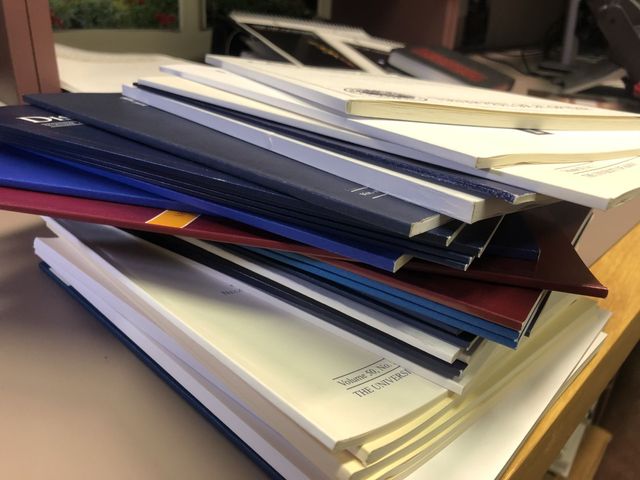 COLUMBIA - Flyers, newsletters, offprints and postcards sent by law professors and law schools may soon be a thing of the past after one MU law professor created a pledge to reduce academic marketing waste.

Professor Stacie Strong aims to make this a nationwide effort, and in less than a month, the impact has already spread far.

"We have received back a little bit more than 70 law professors from around the world as well as 9 law schools that have signed the pledge," Strong said. "The pledge simply states that we are going to take our best efforts to reduce this type of waste."

Strong said the motivation behind the pledge is to encourage all American Bar Association accredited institutions to completely dismantle usage of mass mailing.

"Before I started the pledge, I was in our mailroom and I was pitching things straight into the recycling bin," Strong said. "There were some of my colleagues in the room and I said 'How often do you read this type of material?' and they go 'Never.'"

With one law school from Mexico signed, the pledge has spread beyond just the U.S. borders.
"We have law professors from Europe as well as South America and Australia who have signed the pledge," Strong said.

Strong said she understands that law schools sending one another flyers, newsletters, magazines, etc. is a tradition, but it is one that needs to change with the modern times of the Internet.

"We're not saying that all paper-based marketing materials need to be eliminated," Strong said. "They could be reduced. For example, instead of doing a whole newsletter, you could just do a small postcard."

In support of Strong, MU was the first law school to sign the pledge and are leading by example.

"We moved to electronic newsletters and we’ve also really targeted any mailings that we do send out," said Aurora Meyer, Director of Communication and Marketing at the law school. "For example, we just sent a postcard of all the books that we do instead of a full letter or a full packet."

Aside from just eliminating the copious amounts of wasted papers, Strong also said this is an opportunity to show the community that MU is being a leader.

"We are the ones who initiated the pledge," Strong said. "We are partnering with Pace University to get the website up and to get more law schools interested in this field and to appreciate that Mizzou is thinking about more than just the law field."

MU partnered with Pace University, which has a highly ranked environmental law program. The partnership is aimed to help create a nationwide model as this pledge continues to move forward.