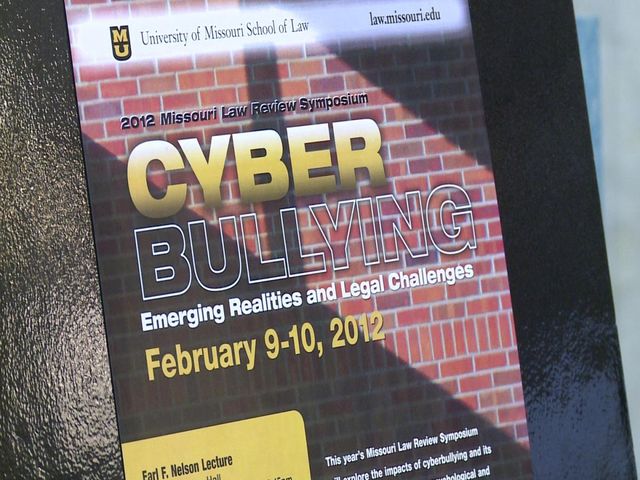 COLUMBIA- The internet has given rise to things like innovation, creativity, and social connectivity, but it has also given rise to certain dangers.

Cyberbullying has been a subject the federal government and local governments have tried to solve for years, but the effectiveness of their solutions have often failed.

MU Law school hosted a symposium on Thursday on ways to change that and on ways people and schools can combat it.

In a Skype session to attendees, Keynote Speaker John Palfrey said the best way to combat cyberbullying is through mechanisms to self report rather than criminalization that governments impose of youth.

"Community based issues are the way to go. We need to set up responses to help kids. It's easy for kids to notify people when they need help," Palfrey said.

Palfrey also says governments should not specify technology solutions, but rather to a system where peers are able to regulate the meanness and cruelty toward each other.