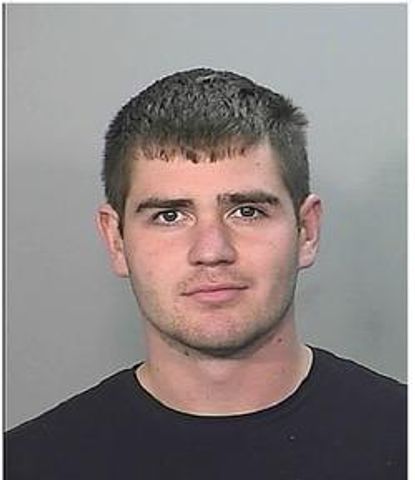 Adkison was found not guilty on count one for burglary. The jury decided that they would not come to an agreement for the other two counts: rape and deviate sexual assault.

"Sometimes the things that people mostly think of for mistrials might be if the jury hears evidence that it's not supposed to hear and the judge says 'well I can't unring that bell so I'm going to have to have a new trial, we're going to have to start over.' But a very common mistrial is when the jury can not reach an unanimous verdict. In a criminal case in this state, we need an unanimous verdict of guilty or not guilty in order to get a verdict," Trachtenberg said.

"So here, with two counts, with what we call a hung jury, the judge says to the prosecution,'if you want to try this guy again you can but this trial, I'm letting the jurors go," Trachtenberg said.

Trachtenberg said the prosecution has the option of starting a new trial but since Adkison was acquitted on the one count of burglary, they can not try him again on that count.

He said the prosecution can try Adkison on the counts of rape and deviate sexual assault because the trial was incomplete due to the judge declaring a mistrial.

Trachtenberg said it's common for the lawyers to want to find out the reasoning behind the jurors decision.

"If they find out it was all but one juror that really wanted to convict and you had one hold out, well then maybe the prosecution would say this is a good one, we could try this again, and maybe do a slightly better job or just get better luck with the jury. But if it was half and half or worst yet, almost everyone wanted to acquit and you just had one or two people looking for a conviction then the prosecution may say it's not going to happen for us on this one," Trachtenberg said.

As far as the next legal steps for the defense,Trachtenberg said they have to play the waiting game because the ball is in the prosecution's court.

Trachtenberg said if the prosecution is going to schedule a new trial, it's in their best interest to do so in a reasonable time frame for the sake of the witnesses memory and to ensure accuracy.

He said it's up to the judge, her staff, and the lawyers to schedule the possible retrial.