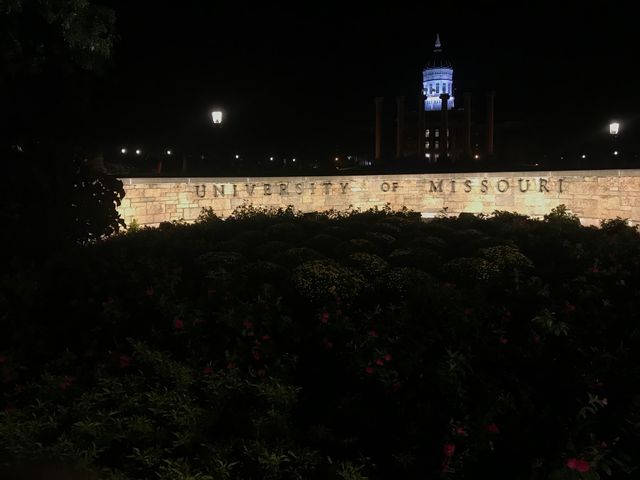 COLUMBIA - As MU Coming Out Week begins Monday, members of the LGBTQ community are mindful of the reasons some students choose to stay in the closet.

Derrek Hardy came out after his freshman year at MU. He is an Agricultural Education major who understands the potential risks associated with being out of the closet if he chooses to become a teacher.

"If parents don't support my views, they could tell their kids not to take my class," Hardy said.

Beyond that, the Missouri Human Rights Act does not prohibit discrimination based on sexual orientation or gender identity. Missouri is one of 31 states that does not provide this discrimination protection for LGBTQ individuals. This means Hardy could be fired by administration because he is gay.

Hardy said he thinks about this when pondering his future employment, but said there are increasingly more resources available.

"There is a Facebook group of just Ag Ed teachers, and they are all so supportive," Hardy said.

Earlier in September, GLSEN, a LGBTQ rights group focused on schools, started running a PSA in Missouri and 14 other states to increase awareness on issues transgender students face in schools.

GLSEN said it wants educators to sign up to be a "Safe Space Advocate," and be a resource for students.

Patrick Skrivan came out as gay to his family when he was in high school. He said the Safe Space Advocate model is well-intentioned, but does not always work.

"Teachers would have that sticker on their door, but they wouldn't be the person I wanted to talk to. You just develop relationships with teachers on your own, and those are the people you reach out to," Skrivan said.

Skrivan said, closeted students can sometimes "out" themselves if they are seen talking to these designated staff members.

GLSEN's website has more details about signing up to be a safe space advocate.