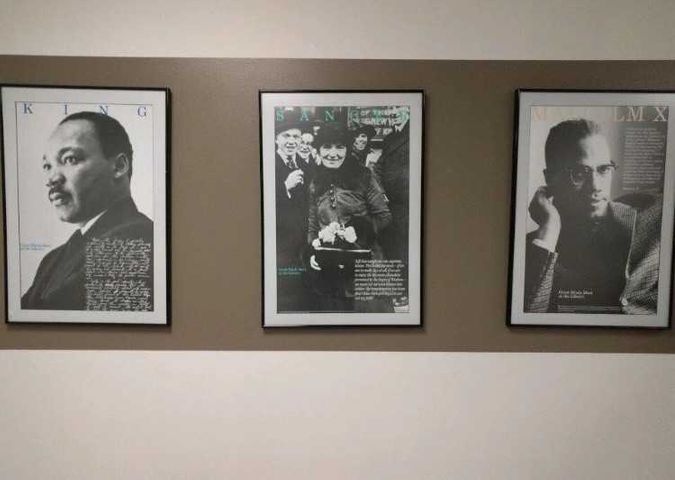 COLUMBIA - The University of Missouri's main library has taken down three posters after a student group petitioned for one of them to be removed.

The anti-abortion group Mizzou Students for Life, objected to the poster showing Margaret Sanger, who founded Planned Parenthood and advocated for birth control.

The group cited Sanger's belief in eugenics, the science of improving the human race by controlling breeding to increase desired characteristics.

Junior Anna Haberdash, a chair of Mizzou Students for Life, said she does not believe Sanger should be remembered positively.

"She used birth-control to target people that she thought were defective, people she thought shouldn't be reproducing," Haberdash said. "Her main goal was to create a cleaner race, she wrote that stuff in her books verbatim."

Haberdash spearheaded the campaign for the poster's removal after deciding that the display would be detrimental to today's society. She said she is pleased her group could bring about change no matter how small.

"It feels really good, it feels like our work paid off," Haberdash said. "We researched everything and that took a long time. We wanted to make sure we had all our facts straight before petitioning for this, but definitely a good feeling."

Just one day before, the library was saying it wouldn't remove the Sanger poster.

"There are a variety of posters and exhibits throughout the building that some people might find offensive," said communications director Shannon Cary. "The library will not remove this poster from its exhibit."

She said it would be at least summer before the exhibit was changed.

But down the poster came, along with two others showing Martin Luther King Jr. and Malcolm X, which were adjacent to the one of Sanger.

Haberdash thinks the move is a result of the petition.

"I don't think the timing was a coincidence," she said. "It just seems fishy and ironic that they took the other two down."

Mizzou Students for Life said it had no issue with the King or Malcolm X posters. Haberdash, however, said she thought the placement of the posters was odd to begin with since Sanger believed in the sterilization of African Americans.

In what Haberdash believes was a mistake, she received an email from library staff the day after the poster was taken down. She believes the email was only intended for library staff.

It said, "So can I have these posters put back up?"

Haberdash said the email solidifies her feelings that the decision to remove the posters came from higher up the ladder than the staff.

"I do not believe that they took it down on their own," Haberdash said. "They took that poster down because we told them to, and I think they took down all three just to save face."

Ellis Library staff would not comment further on the timing of the posters' removal or the email.