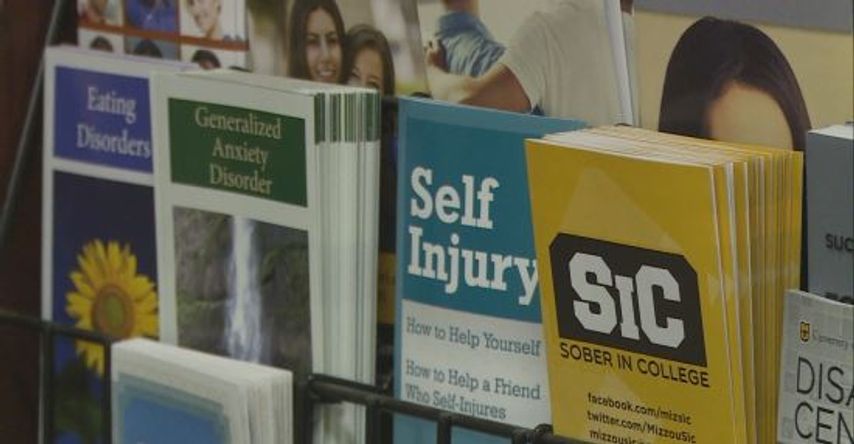 COLUMBIA - The University of Missouri is looking to combat mental health issues through the Student Services Enhancement Fee, which is designed to improve student access to mental health services.

According to the university, the fee, also known as Enhance Mizzou, would provide other benefits to MU's student body, including expanded wireless access, longer library hours and more technology in learning spaces.

MU junior Jessica Soehlke has struggled with anxiety and depression most of her life. She said her mental illness was extremely hard to manage her sophomore year of college.

"I would be having panic attacks four nights a week, and that really affects how I do with school and how I am socially," Soehlke said. "The depression got a little bit worse with the anxiety."

"It really kind of was the pick-me-up that I needed," she said. "It's something that I really appreciate I was able to do."

According to the National Alliance on Mental Illness, about 1 in 5 adults in the U.S. experience mental illness each year. That's 43.8 million people. Only 41 percent of those with a mental health condition received mental health services last year.

If Enhance Mizzou is passed, the school said, it would add three full-time counselors to MU's Counseling Center. This would mean 15 extra hours of counseling services a day.

Soehlke said she supports the fee, since it took about four weeks for MU's Counseling Center to set up an appointment for her.

"It had to be a month," she said. "I made a call and they were like 'All right, the next available date we have is this.'"

"I think it's really important that our counseling center stays completely up-to-date, and making sure that we have the absolute best ways that we can help students," she said.

Feagan said she realized some students might be opposed to the fee, because it means more money out of their pocket.

"I would argue that the fee is incredibly budget conscious from beginning to end," Feagan said. "It's been all about the student voice. I mean this was thrown together because of a satisfaction survey."

"At the end of the day, you're going to be losing services if you don't vote for Enhance Mizzou," Feagan said. "I hate that that's the reality of the situation, but it is."

Soehlke said there's a lot of denial that comes with mental illnesses. She encouraged those who are dealing with a it to not be ashamed and seek the appropriate help.

"It's something that we want everyone in Columbia and the community itself to be aware of as well, as far as how much mental health is important and needs to be addressed," Soehlke said.

Voting for the fee is open March 6-8 to MU students enrolled in courses on campus. Feagan said the Division of Student Affairs should know the results after voting ends March 8 at 6 p.m.