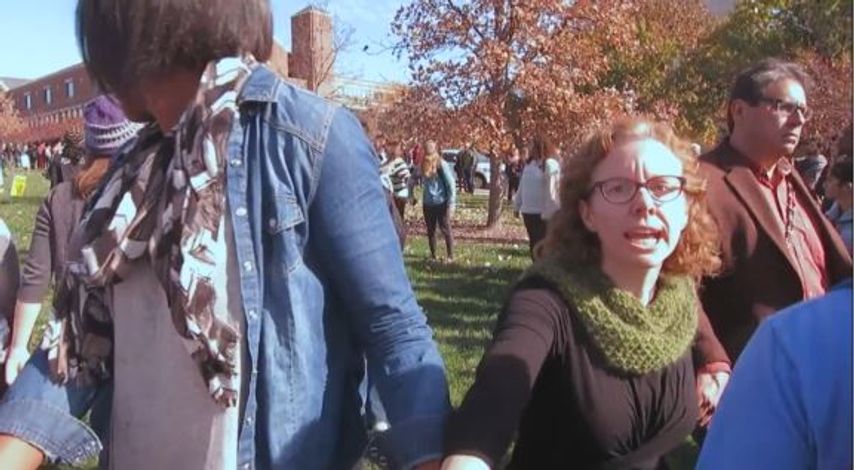 COLUMBIA – On Wednesday evening the Missouri Students Association Senate approved a proposed resolution to petition for the University of Missouri to reevaluate Melissa Click’s actions toward student journalist Tim Tai at the university during protests.

The resolution was formed by MSA Senator Jeremy Wiggins and Sergeant at Arms Timothy Davis, and cites Click’s call for “muscle” as seen on a viral YouTube video of the altercation between Click and a student journalist and student protesters in November.

Wiggins said the goal of the resolution is to receive a response from the University of Missouri Administration and the Department of Communications of the College of Arts and Science.

He believed the video of the altercation between Click and Tai was from one person’s point of view.

Wiggins also said the resolution was neither asking for another statement from Click, nor to force the university to make a decision regarding her employment.

"We're looking for an honest answer from the administration and their stance on this issue, and that is clearly and ultimately what we are looking for."

Davis said he believed a statement is owed to the students, and that it will set a precedent that the university needs to take a stand on issues or release some sort of statement as to their standpoint as to what happened.

The resolution will now be sent to Jennifer Hollingshead, the interim vice chancellor for marketing and communications.

The university’s spokesperson, Christian Basi, said it cannot comment on disciplinary or personnel issues publicly due to its Human Resources policy 114. MSA’s Executive Cabinet and Melissa Click have not returned KOMU 8 News' requests for comment, and MU’s Department of Communication declined request for comment.