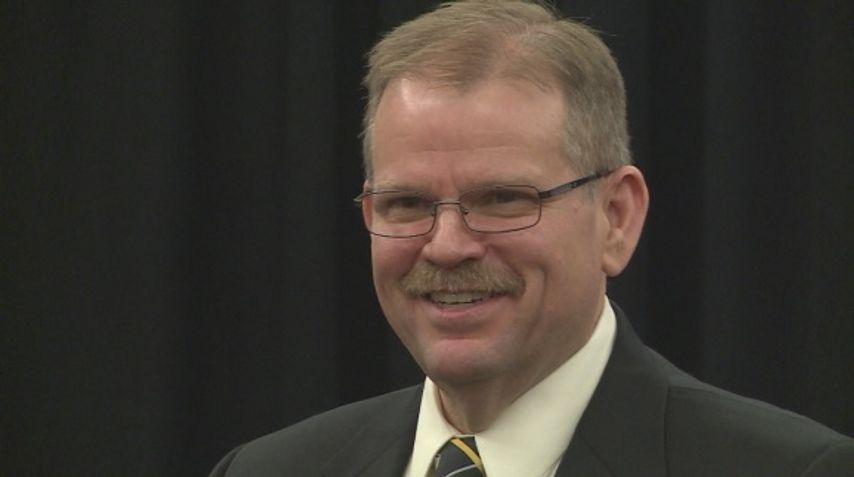 The UM Board of Curators voted to approve Cartwright during a teleconference meeting on Tuesday.

"I'm honored and humbled at the same time to lead this institution," Cartwirght said at an introductory ceremony Wednesday afternoon.

The announcement of Cartwright caps off the end of a tumultuous 18 months for Missouri leadership.

Chancellor R. Bowen Loftin and UM System President Tim Wolfe both resigned in November 2015, following campuswide protests over what some students felt was a lack of diversity and inclusion on the campus.

Foley left in May to become president of New York Institute of Technology, and was replaced by MU Provost Garnett Stokes.

Mun Choi was named UM System President in November 2016. Previously, he was provost for University of Connecticut, a position he held since 2012.

The racial tension that prompted a year and a half of leadership handoffs will dictate priorities for Cartwright, who largely focused on inclusion in his previous role.

"I am completely committed to inclusive excellence," he said. "I want to make sure that this institution provides the opportunity for everybody."

He said the university can take something away from the fall 2015 protests.

"Missouri showed what all great institutions show, and that is you learn from what happened," he said.

Cartwright will also have to deal with the school's strained budget. Recent cuts forced university leadership to reign in expenses and lay off employees. Just Tuesday, the UM Board of Curators voted to raise tuition, hoping to alleviate some of the financial burden.

Cartwright will take over as chancellor Aug. 1. Garnett Stokes will continue to serve as interim chancellor until he takes over.