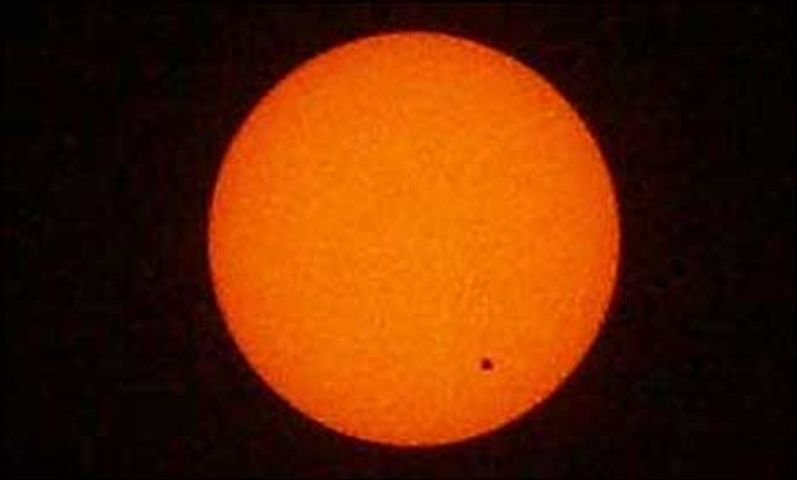 COLUMBIA - Just weeks after the "Ring of Fire" solar eclipse, another rare astronomical event is drawing attention to the Mid-Missouri sky Tuesday evening.

The planet Venus will begin to pass in front of the face of the sun at about 5 p.m. The event, known as a transit, won't happen again until the year 2117.

The Laws Observatory, located on the 5th floor of MU's Physics Building, will hold a free public watch event for the transit starting at 5 p.m.  Those who attend will be able to watch the transit through telescopes and binoculars that have protective lenses.  The event will last until sunset at approximately 8 p.m.

Following the transit watch, MU astronomy professor Angela Speck will give a public lecture at the Laws Observatory explaining the rarity and significance of the transit.