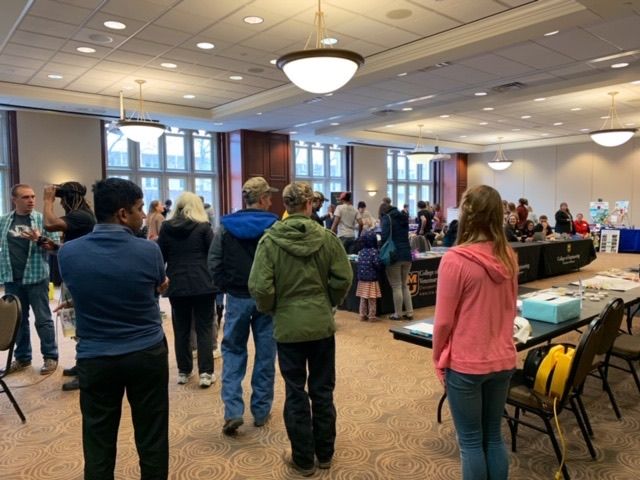 COLUMBIA - Families lined up outside of Stotler Lounge in Memorial Union on Saturday to attend the very first Columbia Young Scientists Expo.

The expo featured work from local and university scientists. The scientists provided demonstrations and informational presentations for all ages.

The Connector, which hosted the event, is an office within MU's Office of Research that works with researchers and faculty on campus.

"We do just that what's in our name. We connect. We connect the university to the public," she said.

Sarah Poor, a graduate research assistant with the Connector, said children do not always have the opportunity to experience the unusual.

"I mean, even people in general don't get to see the snakes and owls everyday and stuff like that, and it's really good that they get the exposure early on so they know what their options are," she said.

The booths ranged from robotics to snakes to virtual reality.

Bauer said events like this one allow children to plan their future.

"I think giving a child the opportunity to see something like robots and to get to see things like live animals and get to hear about things that they could do in college is important," she said.

The event was free to the public.

The Connector also hosts Extra Credit, which is a monthly movie night at Ragtag Cinema where researchers, faculty and artists hold a discussion about the film based on their research.