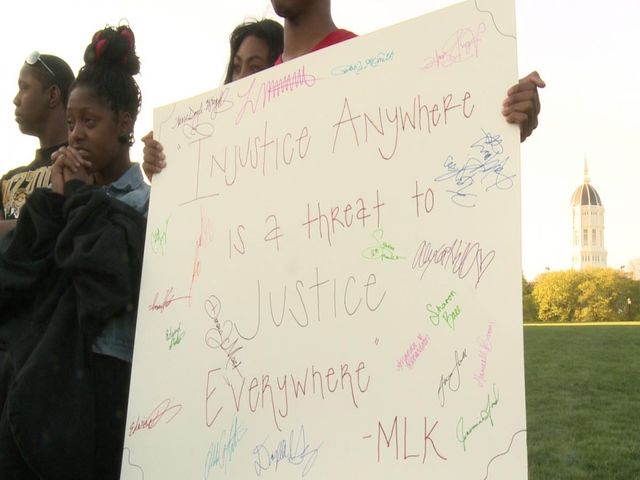 COLUMBIA - iGuide, a MU organization, organized a justice rally/march on MU's campus Wednesday night in light of the recent murder of Florida teen Trayvon Martin. The event featured poetry, music, facts about underrepresented minority groups and a keynote address by Director Kaylan Holloway. After the event, the group marched from Carnahan Quad to Peace Park and released balloons.

The event will also shine light on other crimes not talked about as much as the Martin case. The hope is to bring more attention to the public about everyone who has dealt with inequality, injustice and discrimination.

"We want to remember the victims, but also demolish future suspects," Holloway said. "By educating people on this growing problem, we believe our actions will speak louder than any words."