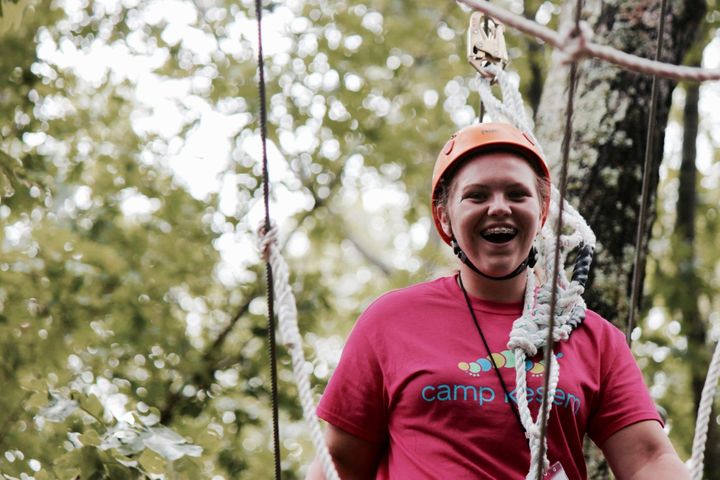 COLUMBIA - Megan Klees was in eighth grade when she found out her father was diagnosed with cancer.

"We all kept it a secret for a while, but eventually when his treatment started, the questions from everyone else also started," Klees, now a student at the University of Missouri, said. "I did not like the attention and would often avoid people so that I did not have to face it myself."

Then her father passed away.

"It was not something I understood, nor was able to talk about. That all changed when I walked into a room of strangers who asked me to share my story," she said.

This experience was at Camp Kesem, a week-long camp for children affected by a parent or guardian with cancer.

"It is an opportunity to share your story, be yourself, and more importantly grow into a better version of yourself," Klees said.

Camp Kesem is an organization run by chapters of college students across the United States. It continuously works to raise funds so children can attend its camp for free, but its biggest fundraising push happens on a day called Giving Tuesday, a global social movement that focuses on philanthropic acts the Tuesday after Thanksgiving.

The MU Camp Kesem chapter will participate in the movement. Its goal is to raise $10,000 so children with stories like Klees' can go to camp.

"The cost of sending a kid to camp is $500, so $10,000 is sending 20 kids to this camp," Mackenzie Lujin, public relations vice president at MU Camp Kesem, said. "This is just a small number of kids, but we’re hoping to raise it all in one day."

Lujin said reaching its goal in one day was not the only challenge.

"We also have a competition with Camp Kesem KU so it’s a little bit of a border war," she said. "We made a bet with them that we could raise our goal of $10,000 before they could raise their goal."

Several fundraising events will occur throughout the day: