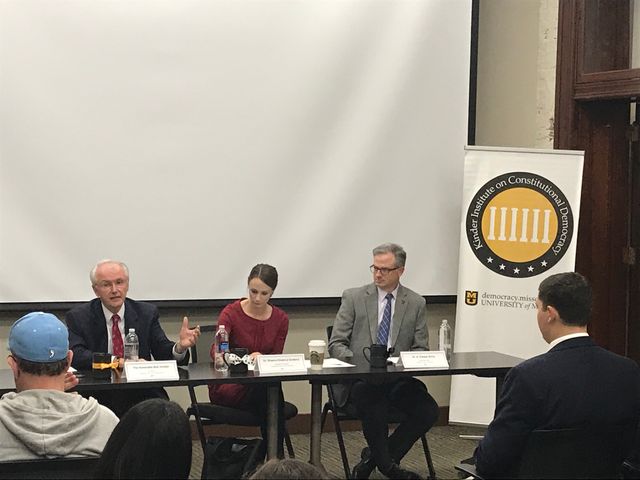 The discussion was facilitated by MU psychology student Greer Wetherington, who is also an executive member of the MU chapter of the American Enterprise Institute. The panelists included former Missouri Governor Bob Holden, Dr. Sheena Greitens, and Dr. Cooper Drury.

Recently President Trump announced new tariffs will be imposed on $200 million worth of goods imported from China. As a response, China imposed tariffs on $60 billion worth of US goods. Neither China nor the US has come forward with any negotiations for a deal.

Holden mentioned how the trade wars effects those who live in Missouri, where soybeans are produced and are in high demand.

“It’s actually a lot closer to home than we think, and so we might say it’s the United States versus China, but it’s really the farmers that are growing and harvesting these soybeans versus the people in China who will buy,” said Wetherington.

Drury said the average American most likely won’t feel the effects of the current trade war.

“The trade war right now won’t have that big of an impact; probably not that noticeable of an impact on the average American," Drury said.

He predicted that if tensions get worse between China and the US, and China retaliates, millions of Americans could lose their jobs.