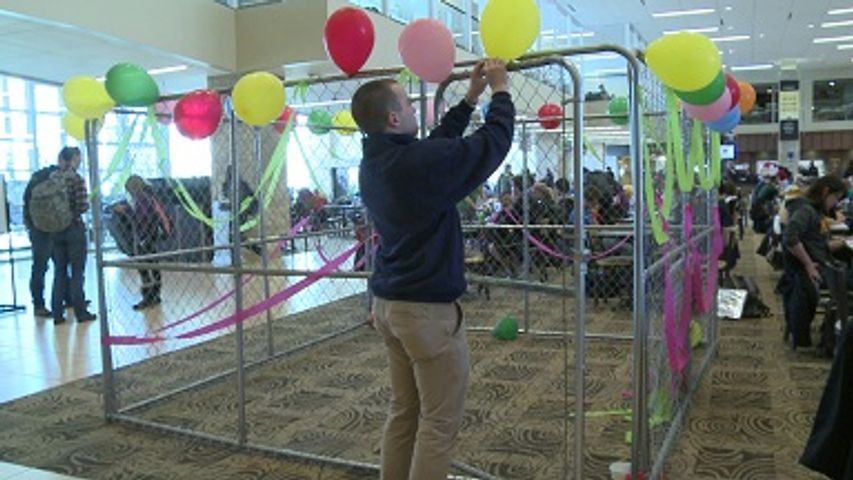 COLUMBIA - Rockin' Against Multiple Sclerosis, or RAMS, began its annual Jail and Bail event on Tuesday to raise money for the MS Institute of Central Missouri.

RAMS asked for two volunteers from each organization participating in the philanthropy to participate in the fundraiser. One person is locked in "jail" while the other collects donations from passersby. When the team collects $20, the person in jail is bailed out, and all proceeds go directly to the MS Institute.

RAMS will also host a celebrity Jail and Bail on Thursday from 11 a.m. to 4 p.m. with campus celebrities like James Franklin and Marcus Lucas.

The steering committee for RAMS hopes to raise $3000 from the event, which will contribute to the overall funds. Last year, RAMS raised more than $76 thousand with its events, and it hopes to match that amount this year. In addition to Jail and Bail, RAMS has hosted a comedy night and will also sponsor a service day and lip syncing competition.