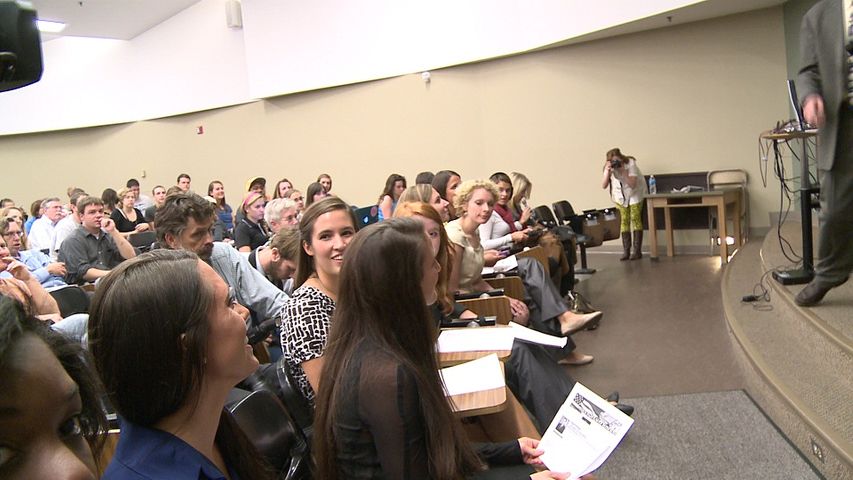 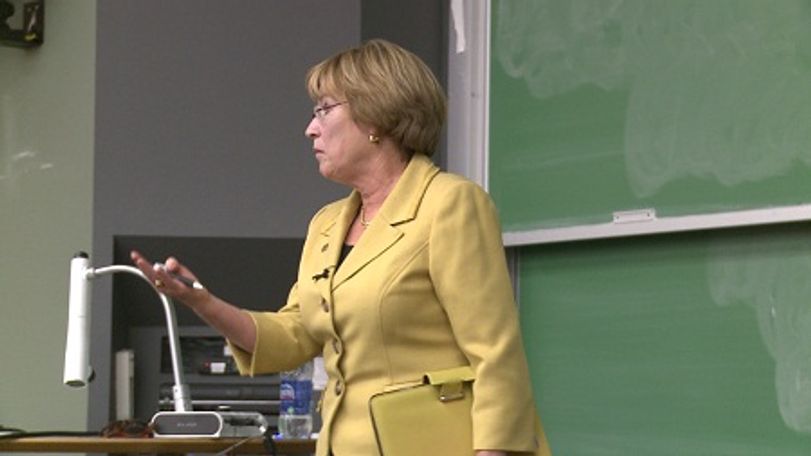 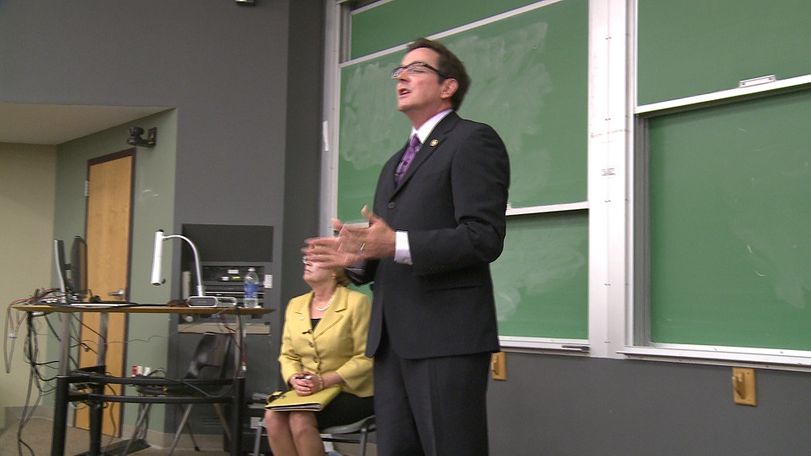 COLUMBIA - State senate candidates faced off on the University of Missouri campus on Tuesday night.

Student from the political science club prepared questions for the candidates to shed light on their opposing views. The auditorium was filled with more than 70 audience members of all ages. The candidates highlighted their views on specific topics including taxes, education, construction and term limits.

When it came to cigarette tax, the candidates agreed on the importance of an increase from 17 percent, but for different reasons.

Representative Still said she has pushed the increase of sales tax to generate more revenue for the University and that Schaefer is behind on this initiative.

But Senator Schaefer said he fears the revenue from the proposed cigarette tax increase will keep the legislature from looking for the revenue to pay for education.

"I supported the cigarette tax before the polling came in and several years before he did I was writing about this in the Columbia Tribune so welcome to the party on that, I'm glad you're with us," said Still.

"The fight that we are going to have is, whenever you get a dedicated funding source for something like that used to get general revenue legislators, governors, they simply back out of the corresponding amount in general revenue," said Schaefer.

One political science students asked each candidate on their stance on the repairs for Interstate 70 after MoDot estimated it would take 4 billion dollars to completely renew the highway.

"Right now it is about 4 billion dollars to look at re-doing I-70 across the state, which absolutely needs to be done. I-70 in terms of weight and pavement is far exceeding what it was designed for but if we take MoDots money and don't find another revenue system and we just do I-70, literally for  five years we will spend all of MoDots money on one project to the detriment of all the other highway projects and bridges across the state," said Schaefer.

"I would support bonding as a part of the solution," said Still. "Now is the time to borrow money, the interest rates are cheap and construction industries are hungry, I believe pouring concrete is a very good way to stimulate the economy and get people working...I don't necessarily believe that toll roads are the answer but this is going to take some conversation."

The debate got a little heated when a crowd member asked about a lack of participation from Schaefer about certain controversial issues.

"Whenever there was a tough vote, it seemed like you disappeared and I was wondering if you could speak to that because if you were my representative you would vote every time," said a public member.

Schaefer responded that his only reason for missing votes was because of conflicting duties as Director of Appropriations and mentioned that his opponent Representative Still had missed more votes than him.

Still said the only reason she missed votes was because she was in the hospital because of an allergic reaction.

Both candidates assured the audience that they would be the best person for the job and wished all attendees happy voting.