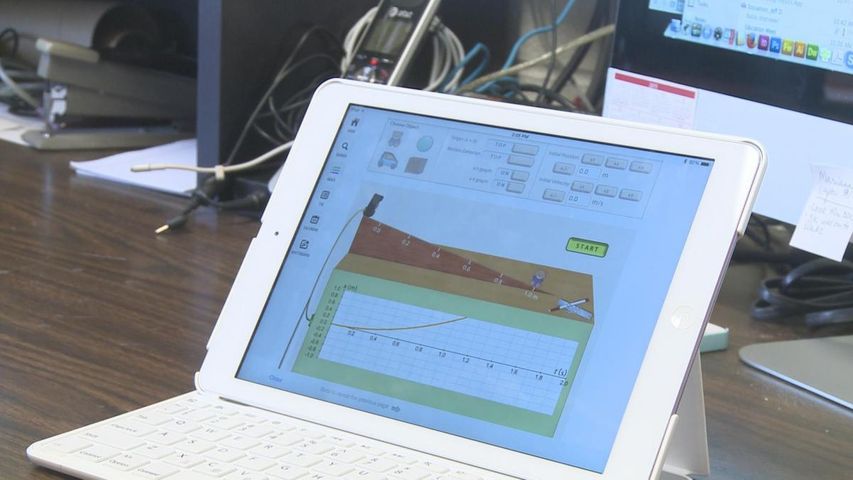 Meera Chandrasekhar and her team designed "Exploring Physics" over the last six years. The app has two sections, one for students and one for teachers. The student section of the app allows a student to enter data, draw diagrams, make graphs and turn in their homework.

"It is an interactive app," said Chandrasekhar. "The app functions as a combined workbook and lab book and text book at the same time."

Teachers can use the app to watch videos on how to set up experiments, read through lesson plans and grade homework.

The developers are still working through some bugs and early issues. Chandrasekhar said three of the eight units are still being finalized.

Chandrasekhar said the current high school physics curriculum has been widely accepted for 15 to 20 years. The difference in Exploring Physics is that the research team took that curriculum and designed it specifically for high school freshman.

"Ninth grade is not a typical place where students take physics," said the professor. "Even though that is the preferred time at which a student should take physics because it sort of teaches them the basic fundamental principles that can be used in chemistry and biology."

Chandrasekhar said she hopes Exploring Physics will be used in classrooms in the next academic year. The challenge will be whether school districts provide iPad tablets to all students.

"Schools have begun to move toward having tablets and laptop computers for students. For example, locally at Battle High School all students have iPads. Many of the other schools in Missouri are going to either laptops or iPads," Chandrasekhar said.