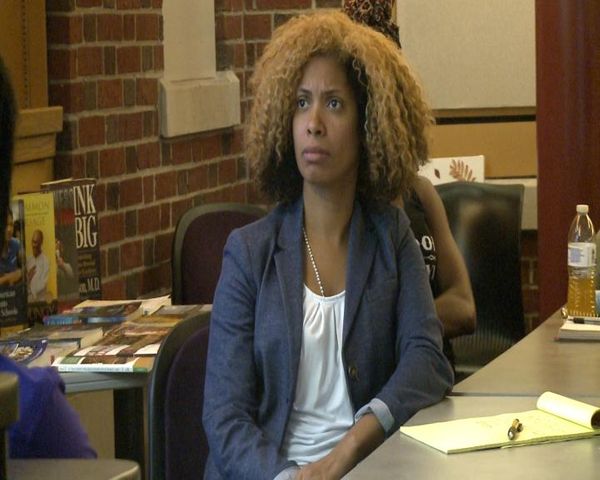 COLUMBIA - Students gathered Thursday afternoon in Townsend on MU's campus to take part in "Our Reasonable Responses to Baltimore".

Dr. Ty Douglas, from the College of Education, hosted the event with new student group Black Masculinity, Leadership and Education.

The discussion began with a Skype conference with Dr. Ivory Toldson. Toldson is a faculty member at Howard University, a historically black university in Washington D.C..  He is also the deputy director of the White House Initiative on Historically Black Colleges and Universities.

"It's a diverse group of people from all different majors, and it's an opportunity for people to speak on things that maybe they don't usually get a platform to speak," MU's Javia Gilliam said. "It's nice to get a time to just really get a grasp on what's going on from scholars at our university and away from our university, and from our peers."

Toldson answered students' questions as well as discussing his perspective on the motivations for the events in Baltimore, as well as the way media has covered it.

"I think a lot of people came to be educated and learn and think about things more critically," MU student Lauren Boyer said.

Students of various races asked questions about the best way to approach discussing these issues and how social constructs lead to violence.

After Toldson signed off, a representative from Mizzou Black Men's Initiative gave a presenation on different media portrayals of various protests that have occurred.

Many people raised new questions, and there was tangible emotion in the room as various view points were presented.