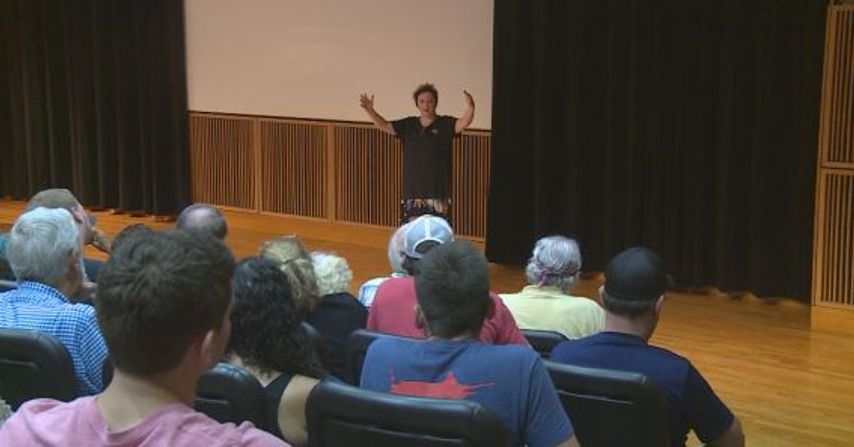 COLUMBIA – Angela Speck, the director of astronomy at the University of Missouri, gave a presentation titled, "Doing Science in the Dark: What Scientists Study During Eclipses," to a full room in the Monsanto Auditorium Saturday Morning.  The event attracted such a large crowd that it was live streamed to about 50 more viewers sitting in the main corridor of the Bond Life Sciences Center.

Speck said this presentation is a bit different than the ones she has been giving for years now.

"I've been talking about the eclipse for about three years now, most of my presentations have been about what we can see, how busy its going to be, why we need to be prepared, but at this point, we're so close, people don't need that now," she said. "They need to know the cool things that we can do during the eclipse. So I really wanted to do something that was different from the presentations I've been doing for the last three years and that highlighted not just the astronomy but all the different types of science made possible by a solar eclipse.”

She said there are a lot of things that go into the eclipse.

Speck said there are certain things to pay attention to.

"What’s really cool are the things you can't see any other time," she said. "So the moon moves in the way, and you see what looks like a hole in the sky, and you've got the corona that’s like streamers away from there and this is the only time you can see that. There is no way to fake that."

Speck concluded the presentation with a question and answer session before giving one last piece of advice.

"Everyone should be looking at the sky on Monday."