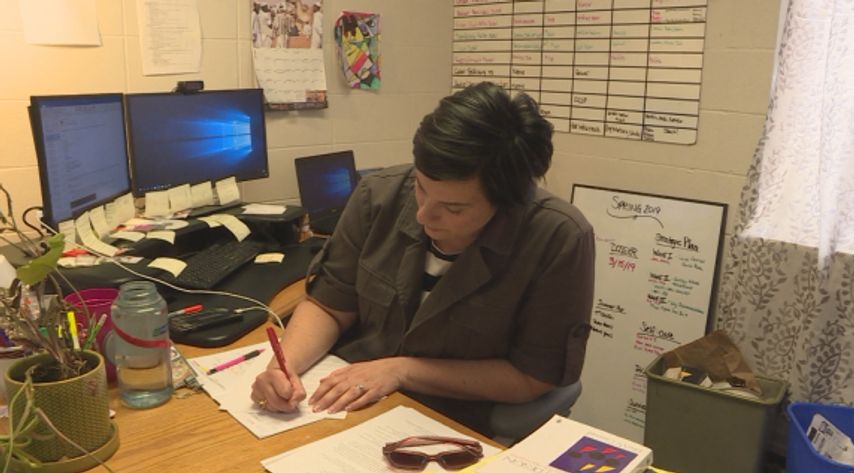 COLUMBIA - An MU professor received $100,000 to work on a project that will educate the community about sex trafficking in Missouri.

Kathleen Preble teaches at the School of Social Work and is partnering with professor Andrea Nichols at St. Louis Community College-Forest Park on this project. Preble said they are working to eliminate Missouri’s status as one of the top places for human trafficking.

Preble got the grant from the Missouri Collaborative Against Human Trafficking. She said the grant pays for a three-phased research project that will help link victims with services across the state of Missouri.

“So [this] makes it easier to get victims to resources and for resources to network with each other,” Preble said.

Human Trafficking Hotline reports that there were 140 human trafficking cases in Missouri in 2017 — one of the highest totals in the nation. Preble said Missouri is in an interesting location that attracts a large number of traffickers.

“When we think about trafficking and addressing the issue of trafficking in the state of Missouri all of sudden it gets a bit more complicated because what is available in urban centers isn’t necessarily going to be available to most of the rest of the state,” Preble said.

Former MU student Rachel Urban works for an anti-human trafficking non-profit and said she’s excited about the new project. She said she got the opportunity to speak to Preble while at MU and said the work Preble is doing is beneficial to stopping the trafficking issue.

“I think Dr. Kathy Preble is in a lot of ways leading the way in helping study human trafficking and sex trafficking specifically so we can help survivors and also educate ourselves,” Urban said.

Urban said she is inspired by the way Preble handled tackling sex trafficking in Missouri.

"The way she goes about learning about sex trafficking is very trauma informed and survivor focused and she does a really good job listening to the survivor," Urban said.

Preble said she is committed to creating resources for sex trafficking victims and hopes the community can get a better understanding of the issue.