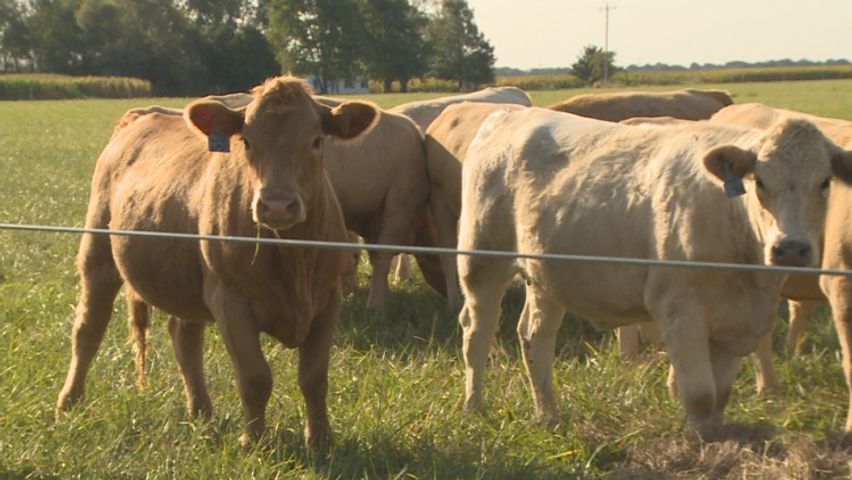 COLUMBIA -Some mid-Missouri beef producers have lost cattle to a disease spread by ticks and now an MU research team will be looking into how to prevent it.

"It can be very severe, sometimes even fatal," said MU professor Bill Stich.

The disease is bovine anaplasmosis and it causes anemia.

Stich said the disease is caused by a bacteria that infects the red blood cells in cattle.

"Ticks are the actual host for the organism," Stich said.

Stich works with a team of graduate and undergraduate students in the Department of Veterinary Pathobiology. He recently received a $460,000 grant from the U.S. Department of Agriculture to research anaplasmosis.

Sally Thomas, a local beef producer from Centralia, said she lost a few cattle from anaplasmosis last year. She said the cows that become infected started to look very sick.

"They will be by themselves. They will get thin," she said. "It is a blood-borne disease so it affects their red blood cells, so they actually will become very aggressive."

Thomas said the symptoms make it very difficult to treat the cattle. Thomas said there are some things producers can do to help prevent the disease, such as changing needles frequently when vaccinating cattle or spraying for bugs.

"It seems to affect older cows more frequently, just because they may have a lower immune system," she said.

Anaplasmosis can be costly to producers. Stich said it is difficult to measure the economic impact because there has not been a recent thorough study. Thomas said the disease can be very expensive for producers, and it is an important disease to be studying.

"Anaplasmosis actually has a huge economic impact on producers because it does affect their bottom line," Thomas said. "The cows can also abort their babies or their fetuses because of the stress associated with it, so if we could prevent it or if they could find a cure for the disease it would be a great benefit to cattle producers."

Stich said, "It will take at least three years before we meet the current objectives."

He said the end goal, after finding new preventative measures, is to form a new product to treat cattle.