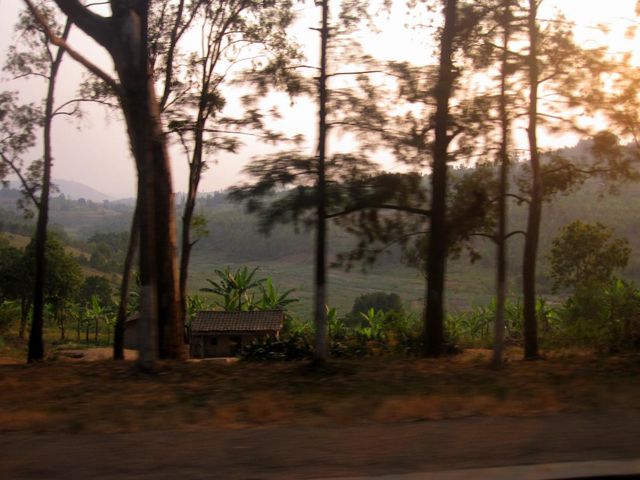 Gallimore said in an interview with KOMU 8 News, "There's always goodness in the midst of evil." That very belief is what has kept her going, now able to speak of her tragic story of loss.

"My family was killed in Rwanda. I lost my mother, and my three brothers, and a sister during the genocide in 1994," Gallimore said.

Gallimore grew up in Rwanda before moving to the Congo and attended college in the United States. She then settled in Columbia. So a genocide seemingly another world away suddenly hit very close to home.

Losses in the Rwandan genocide totaled to more than 800,000 people in the weeks following April 6, 1994, according to the United Human Rights Council.

Gallimore said the phone call still rings in her ears - the last phone call she had with her family before they were killed.

Gallimore was at a conference in Quebec, Canada, at the time. Thousands of miles away from her husband and children in Columbia, a world away from her family in Rwanda, she said she'll never forget the paralyzing feeling of isolation and helplessness.

"I think the worst of the worst is to be in a hotel room. Because in a moment like that, you need to hold onto something. It's very strange how we see these objects in the house and furniture as just something without any sense. It can break, I can buy another one. But... no. When I got home and I went on my own bed, I knew then that's mine. But when I tried to hold on the desk, it was a desk in a hotel room. It was a strange object," Gallimore explained.

In a time of darkness, Gallimore said she saw light - hope in the final words of her murdered sister.

"The last news we had was from my sister, who was killed then, saying that she (Gallimore's other sister) is still alive. She's in hiding at her mother-in-law's place."

Gallimore learned her sister, Caritas, had sent an underground note to family in the Congo saying, "I'm still alive. Please come and get me out of here."

After an immense internal struggle about whether to go to Rwanda to look for her family, leaving her husband and young children behind, Gallimore packed her bags with medicine, food and water and left. She left in search of her sister.

"I chose to go because waiting, and being frustrated, crying in the middle of dinners, I was killing my own family here," Gallimore said.

And in what she calls a miracle, in the midst of chaos, Gallimore found her sister.

"Our joys lasted only a few minutes because there were people there who were hurt, there were people who didn't know where their family members were, so it was a very short moment, very intense moment, but suddenly we have to reach out to the other ones," Gallimore said.

Now, Gallimore is asking others to reach out.

As founder and president of Step Up, Gallimore organized the symposium as a way to raise awareness. Step Up! American Association for Rwandan Women is a "non-profit organization founded in 2004 to respond to the ongoing trauma experienced by Rwandan women during the 1994 genocide."

The symposium, entitled: "Genocide in Rwanda: Media, Memory and Denial," runs through Saturday evening on the University of Missouri campus. For more information on the speakers, and a complete schedule of symposium sessions, click here.