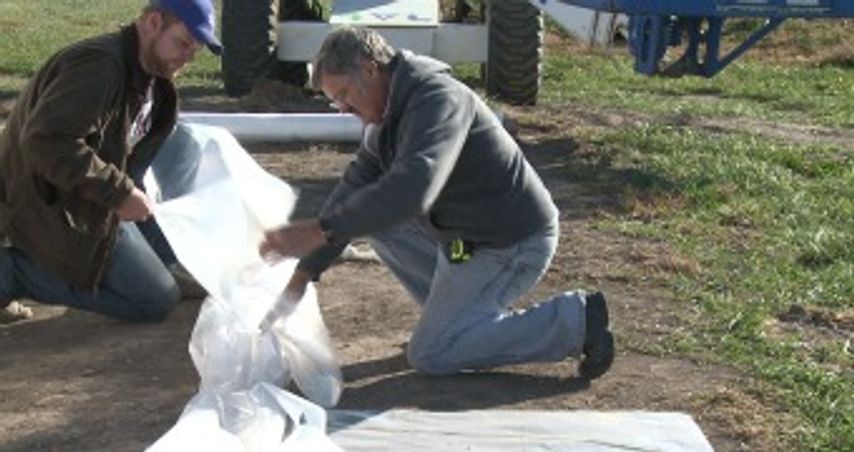 BOONE COUNTY - David Brune was working on Monday completing the final steps on a greenhouse that will be home to saltwater shrimp.  Brune is preparing a prototype tank that will allow farmers to raise locally-produced shrimp right here in mid-Missouri.

Brune, an MU agriculture professor, began his research in California in 1978.  He then took his findings to Clemson University in South Carolina before beginning the project here in Columbia.  This prototype is only 1/15 the size of what a real saltwater tank would be like.  Brune said 25,000 to 35,000 pounds of shrimp can be cultivated per acre.  "We're producing fish and shellfish at 10 to 30 times greater than you would get in a typical pond, but we do it using natural, biological processes that avoid using the chemicals associated with more of an artificial production," Brune said. Brune plans to use bioenergy as a source of heat, which means he won't be using fossil fuels.

Brune said the ultimate objective of the project is to give the consumer a high-quality product that is grown locally.  Matt Jenne, owner of Sophia's in Columbia, said, "One of our main philosophies is if we can get it local and it's consistent and a good product, then that's the direction we're gonna go."  Jenne said the restaurant buys locally when it can, which is ultimately dependent on the season, but if a product can consistently be cultivated year-round, he's willing to purchase it here.

Once the shrimp are able to be sustained in the tank, Brune will host workshops for farmers interested in growing saltwater shrimp of their own.  He said it would cost a farmer anywhere from $25,000 to $1 million for a capital investment, depending on the scale of the system. Brune's prototype project cost about $100,000. Brune hopes to have the greenhouse and tank completed within the next couple of months.