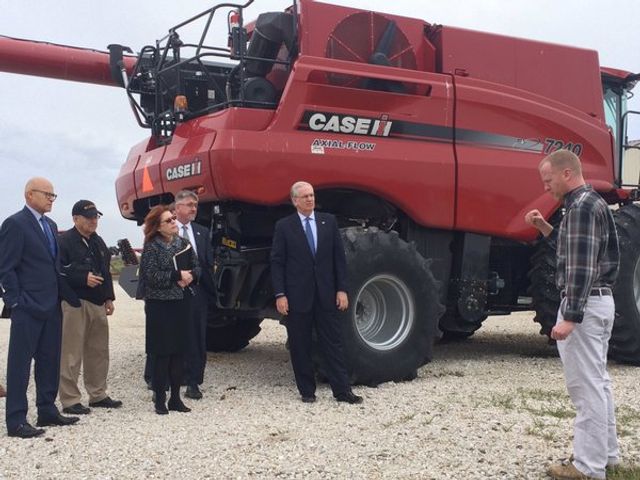 COLUMBIA — University of Missouri researchers in the Interdisciplinary Plant Group received a $4.2 million grant Thursday from the National Science Foundation. It will fund a four-year research project on how corn roots grow during drought seasons.

Gov. Jay Nixon toured the Bradford Research Center in Columbia and met with faculty and students from the agricultural school to discuss the grant and how they're working to combat the issue of world hunger.

"The work being done here at the Division of Plant Sciences is a prime example of why investing in higher education is a smart investment with a big return for our state," Nixon said.

This comes a day after MU chancellor Hank Foley announced the school would faces a $32 million budget shortfall,  due, in part, to a drop in enrollment ahead of the 2016-17 school year.

Possible cuts in state funding, proposed by some legislators, could also play a part.

"I'm disappointed they're not joining us and working together to keep tuition down and move this state forward and improve the opportunity for higher education," Nixon said. "This is exactly the kind of thing that makes a difference for our a state and a difference for our students and gives a chance to continue to move forward."

Foley said in a statement the university has the resources to attract multi-million dollar federal funding for projects like the corn research.

"The University of Missouri has the strengths of our scientists, undergraduate and graduate students, the facilities and equipment as well as the communication teams to attract multi-million dollar federal funding for this type of project," Foley said.

In addition to research, the project will use funds to hold workshops in which journalists will work with scientists to come up with effective ways to inform the public about research findings.