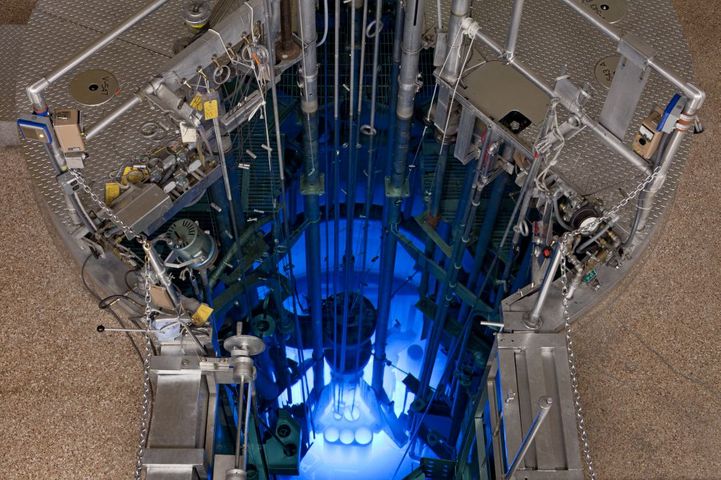 COLUMBIA - The University of Missouri Research Reactor, or MURR, is on the verge of two major milestones that it hopes will help doctors improve screening and treating diseases.

It recently submitted a License Amendment Request to the U.S. Nuclear Regulatory Commission in order for the center to produce and sell the isotope Molybdenum-99.

Also known as Molly-99, the isotope goes into creating the isotope Technetium-99m, which is used in more than 80 percent of Nuclear Medical Imaging, or SPECT Scans.

“Molly-99 is just a part of the supply chain that gets you to that nuclear medicine scan, which is really what you’re after, and that enables a physician to make a clear diagnosis as to your condition and then make a recommendation," said Ken Brooks, the associate director of MURR.

If the License Amendment Request goes through, MURR would become the only Molly-99 supplier in North America.

“If MURR became a Molly-99 supplier as we envision not only do we get the pride of benefiting patients and it also generates revenue. What would generating revenue do? We would actually invest that into our other research programs for who knows what the next scientific break through might be,” said Brooks.

MURR will also soon become the sole supplier of Lutetium-177 to the French company Advanced Accelerator Applications (AAA), which manufactures the drug Lutathera.

“Lutetium-177 is an active ingredient in a new drug that’s under FDA review for therapy, and it actually allows to treat pancreatic cancer that has spread to the mid gut region,” said Brooks.

Recent trials of Lutathera have been rather promising, extending the life expectancy of those suffering from pancreatic cancer.

MURR will be providing Lutetium-177 to AAA’s new site in Millburn, New Jersey, according to a new release from the AAA. With Lutetium-177 only having a shelf life of two weeks, being in close proximity to the receiving facility is important.

“Now it’s proven effective, and pending FDA approval, then we at MURR would be the only U.S. supplier of that active ingredient, so it’s one more way that Columbia, Missouri becomes right on the map for radio pharmaceutical development and we could think of ourselves as an innovation district right here in Columbia,” said Brooks.