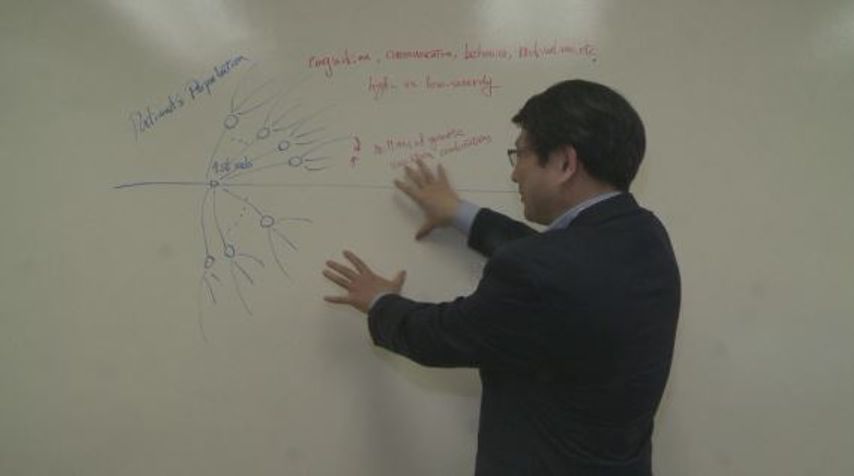 COLUMBIA - A University of Missouri team of researchers created a massive new area of research.

A multi-disciplinary team of researchers at MU created a new computational method that has connected several target genes to autism.

Director of Informatics Institute Chi-Ren Shyu said the goal of the research was to identify genes and gene interactions that contribute to the development of specific subtypes of autism.

"We discovered 286 distinct genes. Among them 193 are really new. So, how we use that information to dig deeper to provide better understanding and hopefully we will be closer to finding the root of the cause," Shyu said.

"We think genetics is one of the keys to both understanding and treating autism. We know that it's a genetic disorder, we just don't know all the different types of autism-- the genes that it comes from," he said.

The team of researchers have worked tirelessly for two years to gather data by the Simons Foundation Autism Research Initiative from 2,591 simplex families, meaning each family had only one child diagnosed with autism.

"This data is not about whether yes or no to a chid having autism, but measuring high and low severity," Shyu said.

The team examined the data based on 12 subgroups: groups with high and low severity in terms of awareness, cognition, communication, mannerisms and motivation and children with some physical dysmorphology, suggesting an insult to normal embryologic development versus those with no physical dysmorphology.

Shyu said the greatest number of relevant genes were discovered in the dysmorphic subgroup, both in terms of novel genes and total genes.

"By knowing the genes it can lead to a couple of things. It can lead to the course of understanding that particular type of autism and eventually the hope is to design individual treatments specific to that type of autism," Kanne said.
It is estimated that 1 in 68 children are diagnosed with autism in the United States.