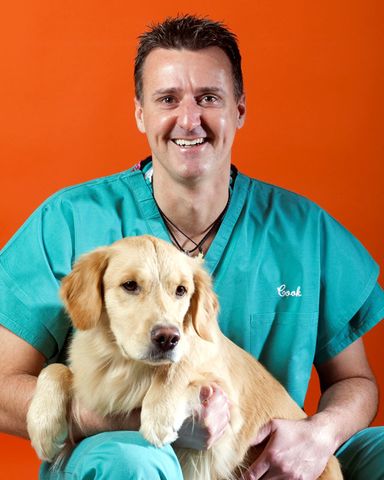 COLUMBIA - Researchers have found a way to predict arthritis.

Osteoarthritis, the most common form of arthritis, affects more than 27 million adults. Until now, doctors were not able to diagnose patients with arthritis until the disease hit.

Researchers at the University of Missouri's Comparative Orthopaedic Laboratory developed a test using specific biomarkers that can determine if a patient is developing arthritis and that can also predict the severity. Researchers did the test on dogs, and found it can be run off of a single drop of fluid from a joint.

James Cook, a researcher from the MU School of Veterinary Medicine, said dogs get arthritis for the same reasons humans do.

"ACL tears, aging, different types of work that they do or performance that they do, they would be susceptible to arthritis that way," Cook said.

Cook said dogs are affected by arthritis at a faster pace than humans, making them ideal candidates for the research.

"For us, it happens in a much more compressed time frame. So what would take 10 to 15 years to be clinically evident in you or I, and it's too late to do anything about it, it happens in months in dogs," Cook said.

Cook said the ability to predict arthritis will help both canine and human patients. Patient's will have a chance to change their lifestyle and use preventative measures and dog owners will know ahead of time if they have a pricey surgery in the near future.

Leona Rubin, associate professor of biological sciences at the University of Missouri College of Veterinary Medicine, said she wishes she could have known ahead of time that one of her dogs had arthritis.

"It would be important to know because you might adjust what you do with your dog," Rubin said. "My previous dog ended up having to get both of her knees operated on because she had arthritis. If I would have known she was going to get arthritis I wouldn't have turned her into a frisbee dog."

Cook said if the test becomes FDA approved, it would be a preventative test just like mammograms are used.

"It would be a screening test now, that before you would have it," Cook said. "You would go ahead and have your arthritis test whenever your 35 or 40 or whenever it may be."

The biomarker test is currently available for licensing and is in the process of going for FDA approval.