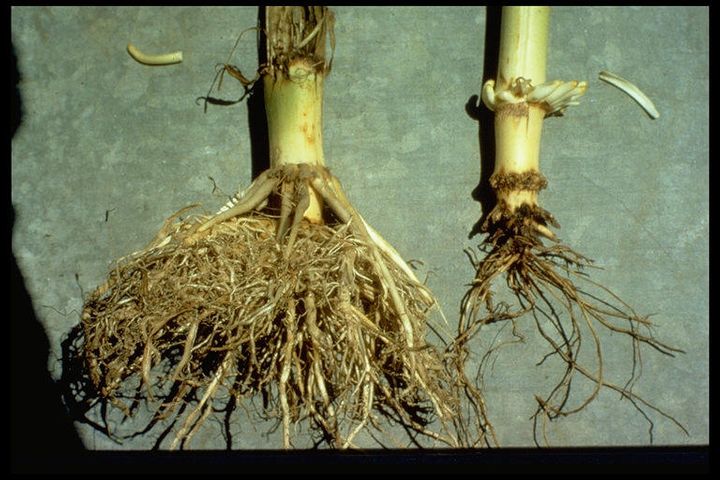 COLUMBIA - Researchers at the University of Missouri have found the reason some corn plants are tolerant of a major pest in the United States.

The western corn rootworm is a pest that has disrupted corn fields in the U.S. for longer than a century.

"The western corn rootworm is the most important insect pest in the United States, it effects the yield of corn especially when under drought conditions," said Bruce Hibbard, a research entomologist with the USDA Agriculture Research Service.

The rootworms hatch in the soil and then start to chew on the roots of corn plants.

Argiculture companies have tried a variety of methods to rid corn crops of the rootworms, but the insects have built up a resistance against these methods.

MU Research Professor Richard Ferrieri said his team has now figured out how corn can survive an attack from the pest.

"We now understand the basic mechanisms for corn plants to tolerate an attack by the western corn rootworm and develop new roots," he said.

In 2011, Ferrieri's partners with the USDA at the University of Missouri found some corn plants that could tolerate an attack from the rootworms.

Using nuclear technology, Ferrieri and his team looked at the plants and found that they were producing more auxin, a powerful plant hormone.

The hormone helps stimulate new root growth in plants, which made up for the roots being damaged by the western corn rootworm.

To see where the auxin was being made and where it was moving, researchers used positron emission tomography, often used in hospitals for cancer diagnostic studies in humans.

"I've taken that same technology and moved it into the laboratory setting, and have applied it to studying plants," Ferrieri said.

Now, Ferrieri said it is time to move forward with breeding programs.

"This work has revealed several new insights about root regrowth in crops that can fend off a rootworm attack,” Ferrieri said in a news release. “Our observations suggest that improving glutamine utilization could be a good place to start for crop breeding programs or for engineering rootworm-resistant corn for a growing global population.”

Hibbard said the western corn rootworm is not a big problem for Missouri farms where there's more continuous soybeans or where corn is rotated with soybeans every year.

However, he warns farmers of the northern corn rootworm that he said appears to be adapting to crop rotations.

"This is something that farmers will need to be looking for even in rotated corn next year," he said.