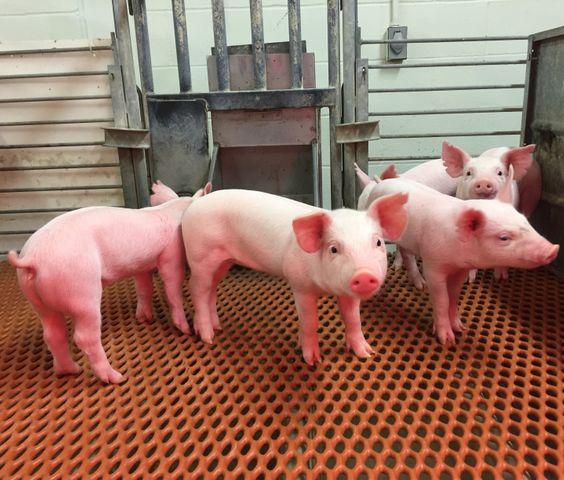 "God created these animals to exist on this earth and to be able to prosper and do well," Jeff Jones, a fourth generation Fulton farmer, said.

He said he thinks we should be able to adjust our management of pigs and animals before we turn to genetic editing.

Randall Prather is a University of Missouri professor and principal investigator for protecting pigs against the deadly Transmissible Gastroenteritis Virus (TGEV).

Prather said after his first genetic editing research project in 2015 that protects pigs from Porcine Reproductive and Respiratory Syndrome (PRRS) virus, the team followed a similar process to discover this new genetic edit for TGEV.

"There's some diseases out that need solutions," he said.

Both PRRS and TGEV are lethal viruses without any vaccinations available.

Prather said the team was able to solve this by identifying the molecule the virus used to infect the cell.

"New research is the way that we all learn, we need to have an open mind so we can get better," Jones said.

But, Jones said it's going to take time to prove it's safe and effective before he can fully get behind genetic editing.

"This is not only a dollar and cents issue, this is an animal welfare issue," he said. "Nobody wants to see animals get sick."

Jones said animal welfare is important, but there are other ways to protect the animals from disease.

"The changes doesn't necessarily have to be the genetics of the animal, to me the changes first has to start with the people that's taking care of them," Jones said.

Prather argues the edits his team made to the pig's genome of about three billion letters is less than if not normal with the natural errors in a pig's genome.

"We know exactly what genes we change, so the question is how can this be bad," Prather said.

Jones is not convinced.

"Because if it's not proven healthy, I don't want to be feeding it to my family," he said.

Prather said the 2015 PRRS virus resistant pigs are still in the process of going out to farmers, so it could be a few years for the TGEV pigs to be disseminated as well.