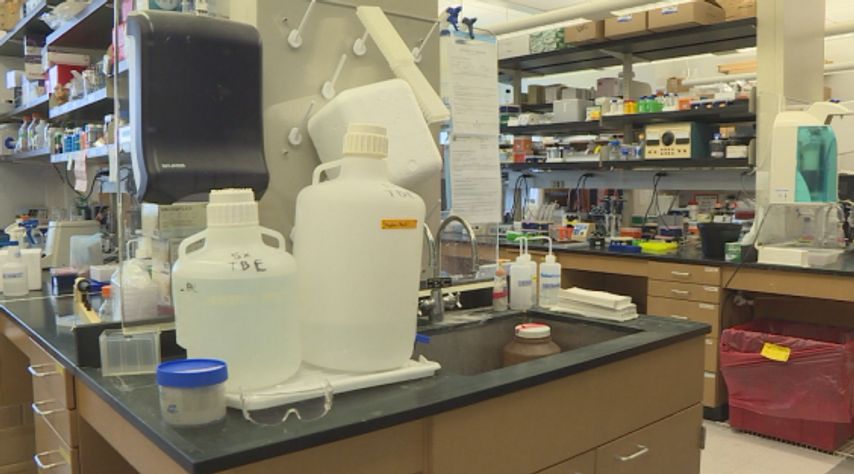 COLUMBIA - MU researchers say they've hit a "milestone" in developing a cancer treatment that could be more effective than traditional chemotherapy.

Molecular biophysicist David Porciani said one of the issues with chemotherapy is that it can kill all cells, not just the bad ones.

"The idea is to develop some new smart molecules that can discriminate between the tumor cells and the healthy cells," he said.

Porciani said the concept isn't something knew. In the early 1900 century, Paul Ehrlich came up with the concept of the "magic bullet."

In their most recent publication, MU researchers said they were able to use smart molecules to recognize a particular protein and thus lock onto only unhealthy cells.

The next goal is to insert therapeutic molecules that will only target cancer cells. The team has been able to test the effectiveness of their treatment by using fluorescent substances.

"In our work, we deliver something that can allow the cell to glow and the RNA itself is glowing. And the current effort are based to replace this glowing RNA with therapeutic RNAs," Porciani said.

The principal investigator for the research group said it took the study to the next level.

"In this case, by attaching a much larger cargo than others have used before," Donald Burke-Aguero said.

He said he thinks his team is the only group trying to deliver large RNA molecule cargo to the tumor cells.

Porciani said there is never an end to cancer research because there are always more questions.

He believes it could be many years before the treatment is ready for human trials.