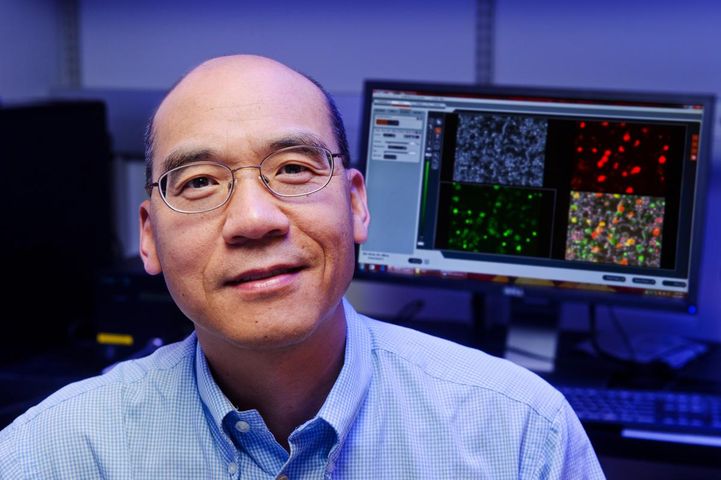 COLUMBIA - A family of proteins once thought to only further the continuation of diseases such as HIV and Ebola has now been found to also inhibit the release of these viruses.

MU researchers supervised by Dr. Shan-Lu Liu discovered that while these proteins promote virus entry into cells, they can also keep the virus from spreading.

"The usual function of this cellular protein is to regulate immune function. What we've found is that it also can decrease viral production and replication," said Dr. Liu.

Dr. Liu said this insight may help in developing future antivirus therapies for HIV and Ebola.

"Right now, we know that discovering these proteins ability to inhibit the release of viruses like HIV and Ebola is important to having a better understanding of these diseases. I'm not sure yet what the long term application will be, but I hope it will be positive."

Liu said he was inspired to study infectious viruses because he believes they are a serious issue in today's world.

"Unlike bacterial diseases that can be cured with antibiotics, viral infections can usually not be cured, only treated," said Liu.

Liu said the next step is studying how the proteins stop the replication of the virus in animals and patients.