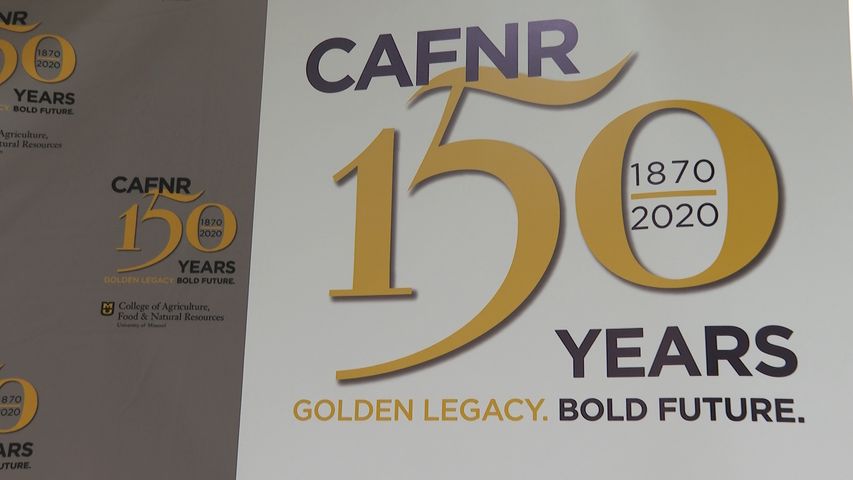 COLUMBIA - The University of Missouri College of Agriculture, Food and Natural Resources (CAFNR) will celebrate the 150th anniversary of its founding Monday afternoon. This includes an official proclamation from Gov. Mike Parson, read by Lt. Gov. Mike Kehoe at the celebration.

It will honor the college's contributions to the state of Missouri throughout its history, including research, economic reports and rural outreach. CAFNR's Dean Christopher Daubert will also talk about the college's history.

The school said in a press release it was founded in 1870 when nearly 900 Boone County residents raised $90,000 to bring the institution to their county.

"It's amazing the changes, what we refer to as our golden legacy, and helping support agriculture and natural resources in the state of Missouri, but also worldwide in what we do," Garton said. "It's an exciting time to reflect on that and look at our bold future."

When looking at the school's future, Garton said CAFNR wants to help make the world a better place, starting with healthy food, environments and economies. He said Lt. Gov. Mike Kehoe's visit shows the importance of the college to the state of Missouri.

Garton said there is a higher graduation success rate for students graduating from CAFNR.

"97% of our most recent graduates are gainfully employed, in the military or in a graduate professional school," Garton said.