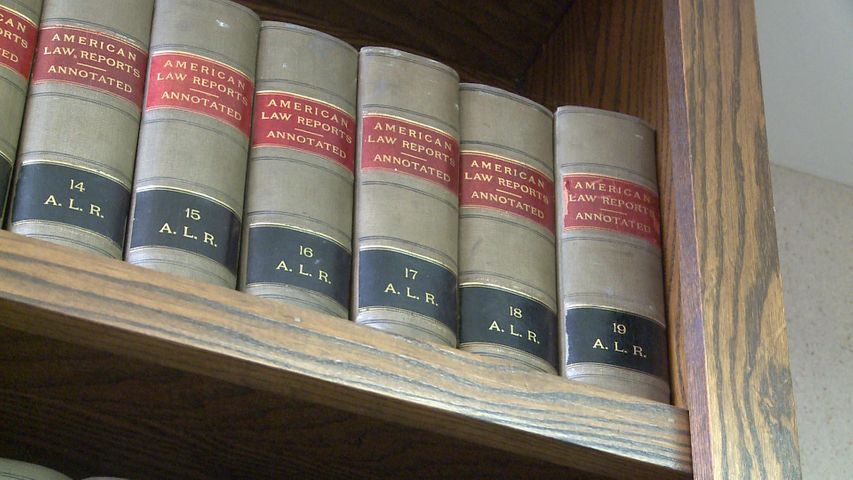 "There's been so much publicity about the impact of the recession on the legal profession, that I think people have looked and thought long and hard about, is law school for me?" Dessem said.

The University of Missouri Law School faces the numbers - 17 percent fewer applicants this year. The fall semester has just 845 applicants, down from 1,024 in 2010.

Some say the economy is to blame - fewer jobs in the market, fewer students applying for law school.

"The field and the practice of law is saturated with lawyers. There are far more lawyers practicing law than are needed," Columbia Attorney at Law and MU School of Law graduate Stephen Wyse said, "I think there are a lot of students who are looking at the fact that a lot of the major firms and the economic downturn have either reduced or deferred hiring. So, law students that are graduating with debt and no job? The calculation just doesn't make sense."

"I think a good way to not be too worried about that myself is to keep my options wide open. I think for people that might have had a specific thing that they wanted to do when they graduate it might still be tough, but it seems like things are slowly coming back," Leer said.

Dean Dessem said they're trying harder this year than in those past to expand the law school's reach. This includes students calling prospective students and increasing contact to alumni.

"This year we're being more intentional and more intensive in that outreach." Dessem said. "Even with 850 applicants, that's a wonderful wealth of talent to draw from. I think we will monitor this, as all schools will, and adjust as we go forward in the year ahead."