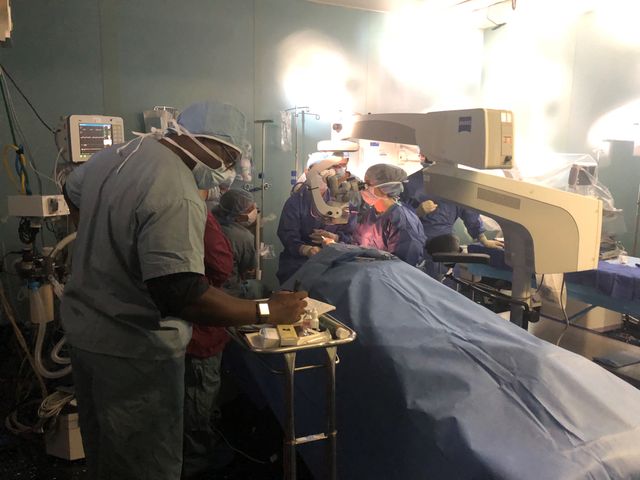 COLUMBIA - The MU School of Medicine partnered with Columbia-based Global First Responder to provide health care services to patients in Esmereldas, Ecuador. The students and faculty stayed on a ship hosted by the U.S. Southern Command of the Department of Defense. They worked hands-on with military personnel to provide surgical services to the patients.

The trip was organized by Dr. Warren Lockette, professor of Medicine and Adam Beckett, founder of Global First Responder. The crew stayed on the United States Navy hospital ship, the USNS Comfort, one of the largest hospital ships in the world. Multiple surgeries were performed aboard the ship, as well as on land in Ecuador. Lockette said the team had limited resources so the trip was a great opportunity to be crafty and work efficiently.

“This was a tremendous opportunity for physicians and students and other health care providers to really be forced to rely on their clinical decision-making that comes from the physical examination and practice medicine the way you have to practice in a resource constrained environment,” Lockette said.

Dr. John Jarstard, who works at the University Eye Institute, said he performed very difficult surgeries on the mission trip that he had never done before.

“We had to do a technique called, manual small incision cataract surgery,” Jarstard said. “We were able to take the cataract out in one piece which is different from what we do now through a micro incision.”

Both Jarstard and Lockette said they served on a dozen different mission trips and come back with new experiences every time.

“Some of the patients hadn’t seen for ten or twenty years and then we did their eye surgery and they had almost 20/20 vision,” Jarstard said.

The two doctors acknowledged the fact that this mission trip was not only a great opportunity for the students and faculty at the university but also for the rest of the nation and the world.

He said the U.S. Southern Command has invited the School of Medicine back for a similar mission trip in Guatemala and Guyana in the spring.