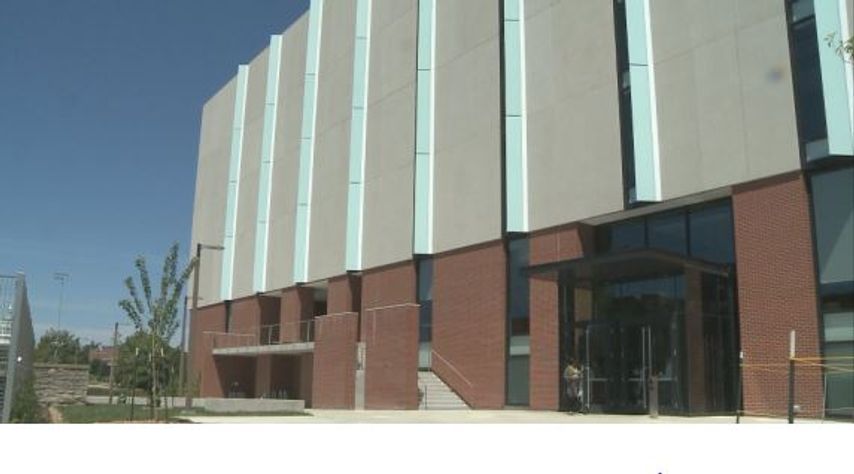 A goal of the medical school was to be able to increase class size by more than 30 percent going from 96 students to 128.

The new building has 32 classrooms, a full floor of clinical simulation rooms and student lounges.

“We wanted to meet the students needs, we did a lot of student surveys early on and they wanted really basic stuff, they wanted light, they wanted water, they wanted bathrooms and they wanted socialization places, and the space they are currently in that was extremely limited or nonexistent, like the M1s there were no windows, they were in the old morgue,” said Weldon Deskin Webb, the associate dean for the Springfield Clinical Campus.

“We wanted it to be reflective of patient center care when they walk in the building, and if you walk around you’ll see the geographic distribution of the state. You’ll see stories about people up on five and six that make the point as Missouri citizens,” Webb said.

“We believe this unique and innovative collaboration will serve as a model for other areas suffering from shortages of healthcare professionals, and we’re proud that the University of Missouri is leading the way on yet another major initiative to advance the health and economy of our state and nation,” said Patrick Delafontaine, M.D., the dean of MU school of medicine.

The state has seen a shortage of healthcare physicians, and the school wanting to expand, MU looked to Springfield.

“For the program we knew we wanted to expand 1/3, but we didn’t have the clinical facilities here to do it in Columbia, so we knew we needed a partner who had an existing clinical facility and didn’t have to build one because that’s the expensive part of medical education, and that’s where Springfield came from. With two large health systems and really no medical education programs in the city, and we’d worked with them before on our rural program.” Webb said.

Because of the expansion there will be an addition 300 physicians in the state of Missouri that will increase the state’s economy by $390 million and create 3,500 jobs according to the MU School of Medicine.