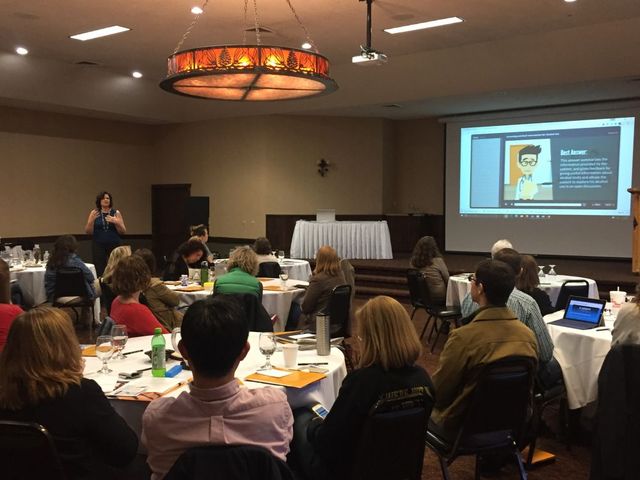 COLUMBIA — The MU School of Social Work hosted a public forum Friday to raise awareness for fetal alcohol spectrum disorders. The lead researcher, Leigh Tenkku Lepper, has been researching this topic for 14 years and said this research is very important to her.

“My motivating factor is I want women to have the healthiest baby they can have, and I just say you know, why take the risk,” Lepper said.

Lepper reported that 1 in 20 school-age children experienced fetal alcohol exposure. The overall number is lower for fetal alcohol syndrome, which according to Lepper is the more serious condition.

Friday's interactive forum showed many videos and opened lines of discussion with the group of people who attended. Lepper hopes the people who can take what they’ve learned and use it positively.

“I hope that they can look at their clients and look at the complexity of things that are going on with the family, if the parents are drinking then maybe start to ask other questions, but to look at a situation and say mhm I wonder if possibly there might be some fetal alcohol exposure and then to refer them on,” Lepper said.

The children affected by this mainly experience cognition issues, or “brain based disability,” according to Lepper and her team. This can lead to trouble in school with subjects such as math and can also be present along with ADHD.

"We appreciate those who came out and it shows support for the work we do," Margee Stout of MU School of Social Work said.

After the videos and presentations were finished, questions were answered from the audience on what the next steps are and how to move forward as an organization. The parting gift of the forum was a certificate given to all of the people in attendance from the school of social work for the 3 hours of time they gave to be trained on this disorder.