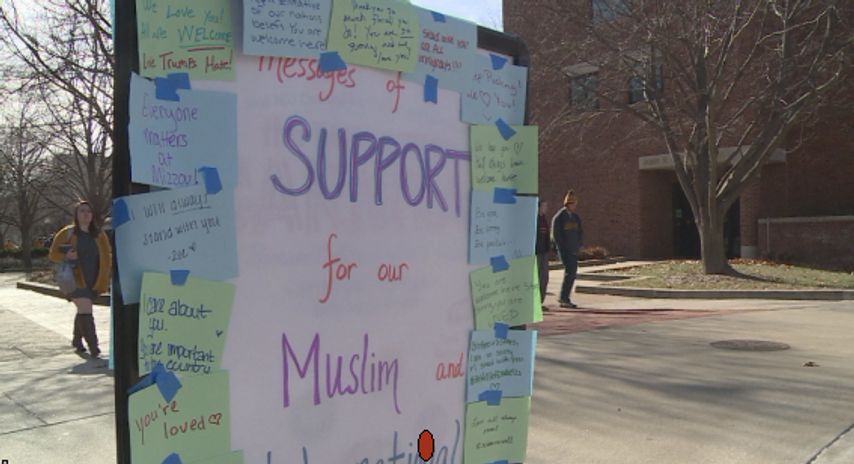 The statements came less than a week after President Trump issued an executive order banning travelers from Iraq, Iran, Syria, Yemen, Sudan, Somalia and Libya. The travel ban also temporarily stops the U.S. refugee program and bars all Syrians from entering the country.

138 MU international students are from one of the seven countries.

In the chancellor's statement, Foley said himself, along with UM System President Middleton and President-designate Choi, will  work closely with the federal and state senators and representatives on this matter.

"We could not do what we do without you," Foley said. "We will make clear to our representatives the value of your place here and the importance of your roles in our enterprise."

Several MU students do not support the ban on immigration. Journalism student Adrienne Luther said she thinks the ban is hateful.

"I think it’s ridiculous," Luther said. "I think that it’s cold and heartless, and I think that there’s no reason why we should be doing this in our country."

Luther also said she thinks the American people need to be educated on the matter.

One MU Professor who requested to remain anonymous for security reasons said she feels insulted and disappointed by the ban.

"I think that Iraqis are victims of terrorism, they are not terrorists," the professor said. "Most of ISIS fighters in Iraq are recruited from foreign countries, they are not Iraqi. These ISIS members killed thousands of Iraqis, made them lose their houses, jobs and relatives."

The professor said she thinks the effors should be concentrated on terrorists specifically, instead of all citizens from the seven countries.

According to the Washington Post, Senator Roy Blunt said government's top priority should be to keep Americans safe.

“He is doing what he told the American people he would do," Blunt said. "I would not support a travel ban on Muslims; I do support increased vetting on people applying to travel from countries with extensive terrorist ties or activity. These seven countries meet that standard."