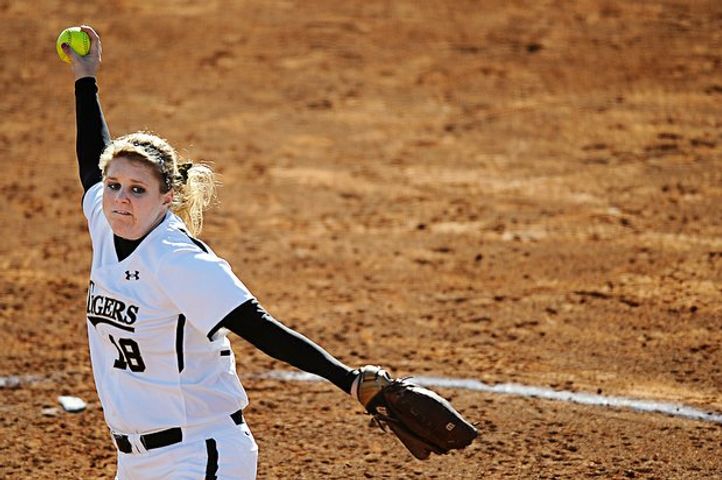 LINCOLN, Neb. - In the fifth inning, Nebraska recieved three walks and a hit by pitch but only got on hit the whole game but it was enough to beat Mizzou, 3-2. Missouri drops to 37-6 on the year and 9-2 in Big 12 play.

Ashley Hagemann picked up the victory for the Huskers, improving to 23-7 on the year. Chelsea Thomas took the loss, falling to 20-4 on the season. She struck out 10, walked five and allowed one hit.

The Tigers in the second inning to take a 1-0 lead after Nicole Hudson was able to score on a sacrifice liner from Lisa Simmons. The second run from the Tigers came with full count walks to Abby Vock and Megan Christopher, then Rhea Taylor singled home pinch-runner Taylor Duplechain.

Two straight walks loaded the bases, and a hit by pitch brought home the first run of the game for the Huskers in the bottom of the fifth. Another walk tied the game and then a scacifice fly scored another run putting Nebraska up 3-2.

The loss ended the Tigers former 10 game winning streak. The Tigers will look to salvage a split tomorrow, when these two teams meet up for the final time at 4 p.m. CT.