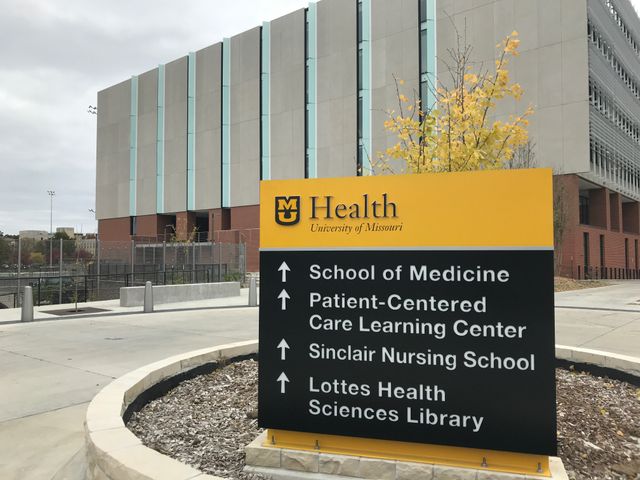 The MU School of Medicine adopted ECHO this September to help combat the opioid epidemic in Missouri.

COLUMBIA - The University of Missouri School of Medicine added a new opioid program to educate health care providers on the treatment of opioid addiction.

Dr. Karen Edison, the Medical Director of the Show-Me Extension for Community Healthcare Outcomes (ECHO), said the program aims to help those throughout Missouri, but particularly reach out to those in rural communities.

“We have a lot of experts throughout the state that know a lot about how to treat opioid addiction,” Edison said. “And we’ve picked the best one’s from around the state to be on this expert panel for our opioid use disorder program.”

ECHO has spread throughout the country, serving people with both mental and physical disabilities.

As opioid use has grown into a national epidemic, ECHO has established a new program designed to spread awareness about addiction treatment.

This week during a White House event, President Trump said the opioid crisis is a public health emergency.

“The terrible measure of the opioid crisis includes the families ripped apart, and for many communities, a generation of lost potential and opportunity,” President Trump said. “We can be the generation that ends the opioid epidemic.”

Edison said Missouri is one state particularly affected by the opioid crisis.

“Missouri is still the only state in the nation without a state-wide prescription drug monitoring database.”

According to data collected by the Center for Disease Control, the number of overdose deaths involving synthetic opioids from 2014-2015 increased 63.2 percent in Missouri.

Last year, in 25 percent of all Missouri counties, there were more opioid prescriptions written than there were people living in those counties.

The program began its opioid fight in Missouri in September, but Edison said many health care providers have already signed up to help.

The primary care providers who have volunteered are educated and trained on how to care for opioid abuse. They are able to form a strategy that makes sense for the patient to fight the addiction and give them the necessary help.

She said fighting the opioid epidemic is an uphill battle, and it will take time to eliminate it, but she believes the program is a positive step forward.

“It’s a puzzle. It will take multiple pieces of that puzzle to come together to turn the tide on this epidemic. I think opioid use disorder ECHO is one piece to that puzzle” Edison said.

The goal of the ECHO program is to save lives across the state, but also to provide the same level of healthcare to patients in rural areas as those in urban communities.

“We’re one of the very few ECHO programs in the country that is actually focused on opioid use disorder,” Edison said. “We have a crisis on our hands, so we have to do things differently.”

The ECHO Show-Me Project is largely funded by the state. ECHO has received a federal grant to help fight the opioid crisis.