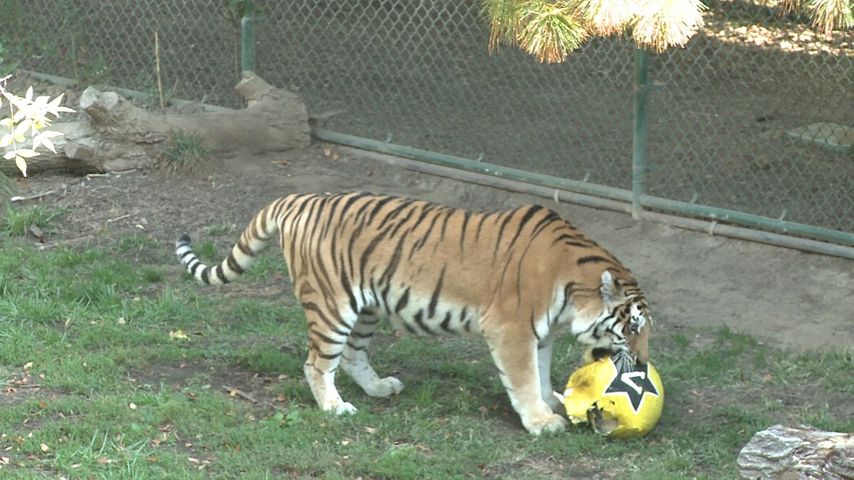 ST. LOUIS - The Saint Louis Zoo and the University of Missouri are teaming up to help out a certain species of feline that is close to the hearts of every MU fan.

MU Professor and Tigers for Tigers Advisor Matthew Gompper said he sees conservation as an important step in providing an enjoyable zoo experience for future generations.

"Mizzou's support for tigers at the Zoo and in the wild will help us care for our tigers, as well as conserve endangered tigers in the wild and to educate everyone about the need to protect this magnificent animal," Bonner said.

MU Professor of Fisheries and Wildlife Science Matthew Gompper said this partnership will also help to raise awareness of the challenges these animals face across the world.

"MU has recognized the problematic decline in tigers, and we're attempting to give something back to these great animals. We're looking forward to continuing our efforts to ensure the future persistence of tigers," Gompper said.

MU has invited local alums to the zoo for the official announcement. Any visitor wearing Mizzou apparel Thursday will receive a 10 percent on food as well as gift shop purchases made at the zoo on Thursday.

Mizzou Tigers for Tigers is the university's mascot conservation program and was the first of its kind when established in 1998. Student leaders at MU recently approached officials at the Saint Louis Zoo to find ways to raise awareness on behalf of tiger preservation by generating support for Missouri's own zoo tigers.

Mizzou is also supporting tiger reserves at Dickerson Park Zoo in Springfield, MO as well as the Kansas City Zoo.