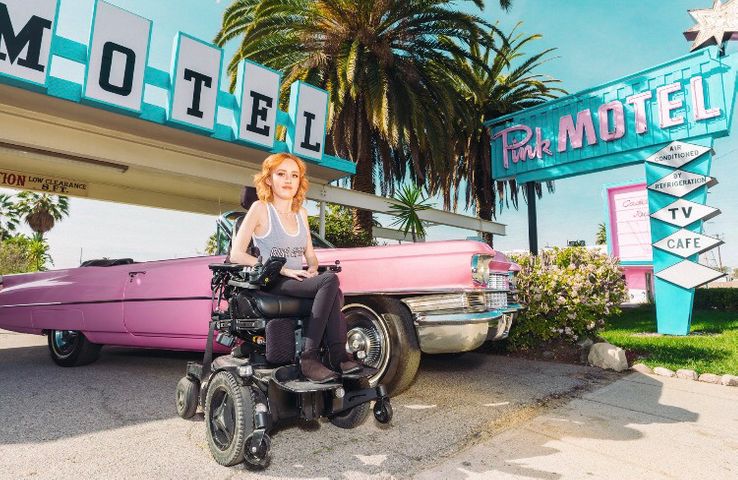 COLUMBIA - When Madison Lawson shops at a retail store, she tends to leave empty-handed.

“I want to dress like any 22-year-old girl,” Lawson said. “But I have to constantly be reminded that I am different.”

Lawson is an MU student with a rare form of muscular dystrophy. Because she uses a wheelchair, she spends her days in a seated position. She said many clothing pieces don't look good that way.

She said it’s frustrating when clothing brands exclude people with disabilities while designing their pieces.

MU’s Textile and Apparel Management program organized an adaptive clothing symposium on Tuesday. Panelists from companies like Cotton, Inc. and NBZ Apparel discussed clothing barriers to people with disabilities, as well as what they are doing to make the fashion industry more inclusive.

"We want everyone to have the shopping experience where they get excited about buying clothes," said William Herron, the Marketing Director of NBZ Apparel.

Lawson said she thinks the industry is moving in a positive direction.

“Especially with the explosion of social media, more people with disabilities are being seen on bigger platforms,” Lawson said. “It’s becoming more of a normalized thing.”

Recently, Lawson had the opportunity to be on a big platform herself. She was featured in a campaign for Pretty Little Thing, which launched on International Women’s Day on March 8. Lawson said the brand reached out to her on Instagram after seeing her articles in Teen Vogue.

“There’s always that fear of ‘oh, what if they just want me because I’m in a wheelchair?’” Lawson said. “But to know it’s something I did, and that’s how they discovered me, was just so rewarding.”

Lawson said the brand asked her to fly out to Los Angeles with less than 24 hours notice, which she initially didn't think was possible.

“There are so many things that I have to consider,” Lawson said. “I have to find somebody that can drop their entire life and go with me. I have to rent a portable oxygen concentrator than can be available tomorrow. I have to get doctor’s notes and things for my wheelchair to be able to fly on the plane.”

However, she said the “universe aligned” for her. She was able to get everything together and attend the shoot.

Now that the campaign has launched, Lawson said the feedback has been rewarding.

“Being featured in that ad has made so many different girls all over the world reach out to me and say, ‘oh my gosh, I saw somebody that looked like me on this ad!’” Lawson said.

Lawson said she looks forward to the day when inclusive clothing is mainstream, rather than a novelty.

“If you choose to be inclusive, then you’re choosing to succeed in the future,” Lawson said. “The future is accessible.”