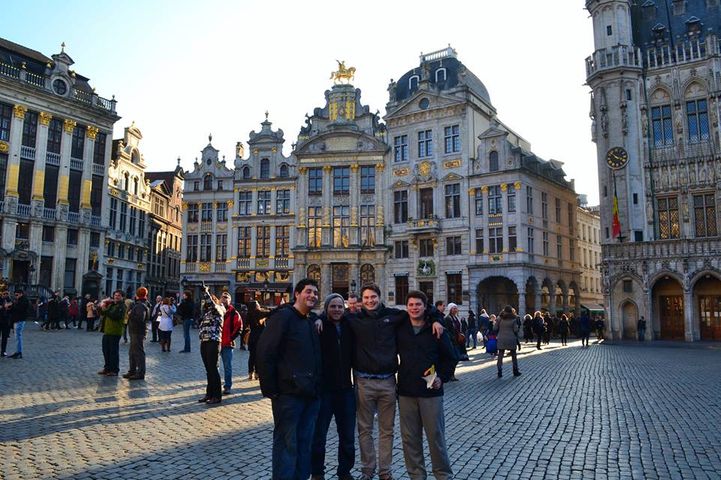 COLUMBIA - People around the world had heavy hearts Tuesday over terror attacks in Brussels, Belgium. For some MU students, the attack hit close to home.

“It’s like a home away from home for me. I mean, I called it home for four months and I know in the grand scheme of things, that might not seem like a lot, but I really learned a lot about the city and a lot about myself from my time in that city,” Schmetterer said.

He said he woke up to a text from his father about what happened in Brussels.

“When I woke up this morning I was really pretty terrified because I have a lot of close friends and people I worked with in Brussels who are there now and I just reached out to all of them. I wanted to make sure everyone I knew was safe,” Schmetterer said.

After doing that, Schmetterer said he turned on the TV to watch the news. He described how he used to intern very close to the Maelbeek station where one of the terror attacks took place.

“It was too familiar and it was pretty eerie to watch on national TV,” Schmetterer said.

He said his first day in Brussels was also the day of terrorists attacked the satirical magazine Charlie Hebdo, killing 11 people.

"From there we knew that there was going to be stuff happening all throughout Europe," Schmetterer said.

He said he is not surprised terrorists targeted Brussels because it is the capitol of the European Union.

"There are some really important political figures there from all over Europe. People have been expecting things to happen," Schmetterer said.

Two times Schmetterer was at the European Parliament when it had to be evacuated due to security threats. Despite the fear he said he loved Brussels and his experience there.

"It was really just the best time of my entire life.”

He said he hopes the attack does not affect students' ability to study abroad there because, he said, the program provided valuable experience.

"You really can’t get that experience through anything else,” Schmetterer said.

He had one final message about the Brussels attack.