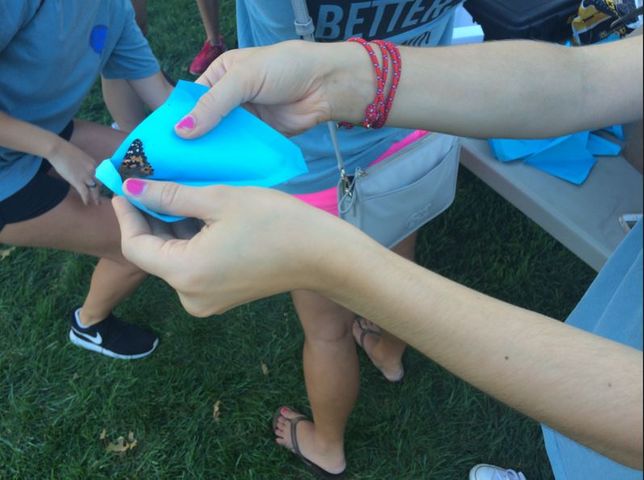 This is the second year the event will take place. Expected attendance has grown so large,organizers say they won't release balloons as planned.

"We were only expecting about 100 to 200 people to attend," Schroer said. "I checked my Facebook page a few days later and saw that over 800 had RSVP'd. We knew there was no way we would be able to blow up that many balloons in that time. "

Instead, a butterfly will be released for anyone who donates five dollars to the organizations philanthropic efforts. The event's Facebook page said all proceeds collected will go toward a documentary film project.

MSPC works year-round to change the conversation about suicide and the way it is portrayed in the media.

Colleen O'Brien, a member of the MSPC steering committee, said she thinks there needs to be change in how young people are educated about the issue of death and an increase in sensitivity with how death is discussed.

"In high school, I took a death and dying class and that was so helpful to me," O'Brien said.

Shortly after she took the class, O'Brien's father took his own life. She said everything she learned in her class stuck with her and helped her more than she ever thought it would while she was in it.

Classes and more conversation about the mental illness that often affects suicide victims are major priorities of MSPC and create the foundation for events like the butterfly release.

"One in four adults suffers from mental illness," Schroer said. "Mental illness causes people to see a completely different reality that, although isn't exactly what is happening, is completely real to them. People who can't understand that are usually the ones who lack sympathy and the ability to discuss this issue."

The National Alliance on Mental Illness website says suicide is the 10th leading cause of death, and occurs more often than homicide. 90 percent of suicide victims had at least one mental disorder.

A study done by the University of Missouri-St.Louis showed, in Missouri, suicide was the leading cause of death in 2013 with nearly 1,000 victims. The study showed suicide took more lives than homicide or motor vehicle accidents.

"One of the major reasons we started this organization is because we realized we couldn't really talk about the grief we had over the people we lost to suicide," Schroer said. "It's an issue that affects so many, and we should be able to talk about it. Facilitating that conversation is something we are constantly trying to do."