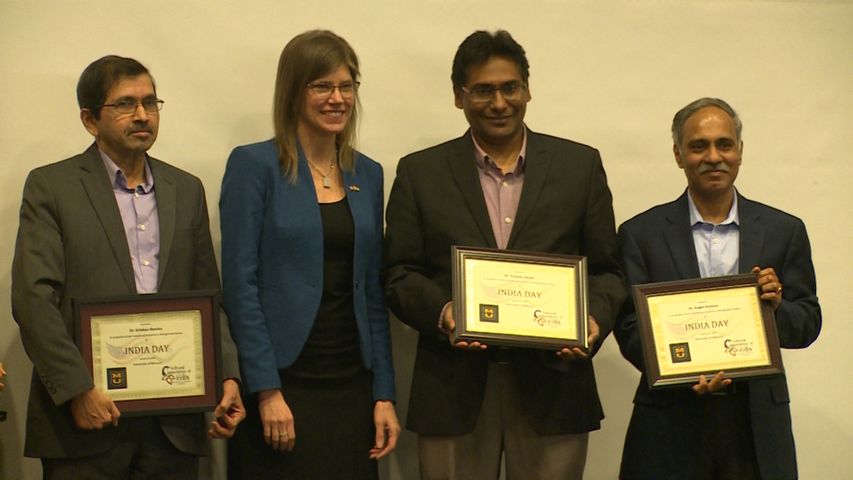 COLUMBIA- Singing, dancing, and speaking were all part of The Cultural Association of India's annual India Day celebration Saturday afternoon. The event is held every year on a Saturday around Republic Day in India, which celebrates the drafting of India's constitution on Jan. 26, 1950.

The celebration features distinguished Indian speakers from Mizzou who share some of the latest research they have been working on in their field. This year, MU professors and researchers spoke about a protein that could delay Alzheimer's, nanoweapons for killing cancer, and how artificial intelligence can improve life. The celebration also features traditional cultural dances and songs.

"India has one of the most diverse cultures so the thing is many of the people around here are not aware of it," he said. "Our basic intention is to promote the Indian culture among the people here so they can learn about Indian culture through these events."

One of the main goals of the event is to recognize the accomplishments of Indian students, faculty, and staff at MU.

"MU does a lot of things for them, but at the end of the day being recognized by their own community gives them happiness and a kind of inspiration," Nazareth said. "We want to make them know that we are proud of them for whatever they are doing."

According to its leaders, the Cultural Association of India was established in 1963 and is one of the oldest student run organizations at MU. They have been holding India Day celebrations for years.

"I thought I should do something on my part to make sure the Indian culture and tradition is still alive," Nazareth said.

Nazareth said he hopes he can inspire the community to learn more about Indian culture.

"If they really like what they see and the work that is going on, and generate an interest and want to pursue a career in that, I would be very happy that it started here," he said.