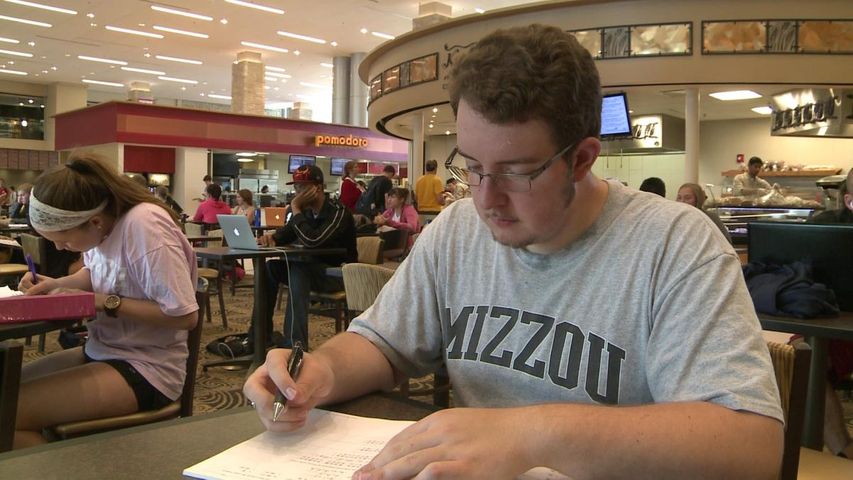 COLUMBIA - MU student Austin Adams said he plans to go to China to teach English to pay back his student loans since he is not confident of finding a good job in the U.S. to pay back his loans.

Adams has studied Chinese at MU for about three years. Both he and his mother have student loans. Adams said the total amount of their loans is about $56,000.

Six months after graduation, Adams will need to begin to pay back his loans. Adams said he has to pay at least $266 per month. He also wants to help pay part of his mother's loans.

Adams said he wants to finish payments as soon as possible, but he doesn't feel confident to be able to do this in the U.S under the current economy.

Adams said one of his high school English teachers with a master degree in English education has been out of college for more than 10 years, but is still paying back some college loans.

"I could be looking at half of my life paying this back, I imagine," said Adams. "So I'm working on a plan to earn as much as possible to get this done within less than a decade."

Adams has found a few part-time jobs that pay the minimum wage, but he said his earnings are barely enough to keep him fed. He said he has to ask for extra funds from his mother.

Having teaching skills and a Chinese-learning background, Adams is making a better plan for his future where he wants to live in China for a period of time teaching Chinese there.

Prewett said a standard repayment usually takes 10 years and the average is about $19,000 in federal loans for a single student.

To track the financial aid and loan repayment, the school can use the student loan default rate.

"The three years after a student graduates, 3.9 percent of our students go into student loan default, which is well below with the national average and so what we would say is that it's slightly higher than what is has been in previous years," Prewett said.

But Prewett said he thinks about a $200 monthly payment for about a 10-year period is reasonable.

Now Prewett said more students needing student loans is a result of the decline of state support and rising tuition. MU offers loan evaluation counseling services to help students who are concerned about how they should repay and what their repayment burden might be.

Moreover, students have many available options for them when they have difficulties paying back.

"They can ask for what's called the forbearance, which means the students wouldn't make payments for a certain period of time and so if they don't have a job then they can request one of those for a year or two years until they get on their feet," Prewett said.

The national average of the student loan default rate is about 8 percent to 10 percent.